A walkout by French Air Traffic Controllers (ATC) on 16 September 2022 has forced airline companies to ground half of the flights that were due to arrive or depart from Paris airports as well as those using the French airspace, Reuters reported.

SNCTA, a union for traffic controllers in France, said that the strike was called after no guarantees were provided by the aviation authority DGAC and public authorities over pay hike in line with inflation as well as recruitment of more workers.

ATC is planning to stage a walkout once again later this month on 28, 29 and 30, if DGAC and the public authorities fail to come up with concrete guarantees. 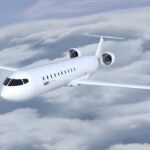 In a statement, Ryanair said: “Ryanair regrets that it is forced to cancel 420 flights (disrupting 80,000 passengers) mainly overflying France on Fri (16th Sept) as a result of this unjustified French ATC strike, which achieve nothing but disrupt thousands of European citizens/visitors’ weekend travel plans.

“It is inexplicable that flights which overfly France are disrupted by French ATC strikes yet domestic French flights are protected by minimum service laws.

“The European Union must step in and protect overflights so that passengers who are travelling between Spain, Italy, Ireland, Germany, etc. are not disrupted just because they fly over France while French ATC unions strike.”

In addition to Ryanair, other airlines including EasyJet, Air France, and British Airways too have been hit by the strike.

Air France operated 45% of its short- and mid-haul flights due to the walkout whereas British Airways cancelled 22 flights.

Paris airports operator Groupe ADP spokesperson was quoted by Reuters as saying: “Everything is very quiet, as the passengers had been warned in advance and did not go to the airports.”