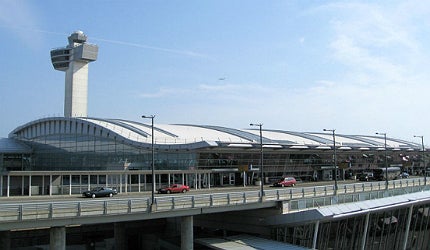 After the devastation wrought by Superstorm Sandy on the US East Coast at the end of October, airports in the New York area returned to normal services on Friday 2 November.

JFK International, LaGuardia, Newark International, Stewart International and Teterboro Airport all resumed near-normal operations, after thousands of flights were grounded during the storm and in its immediate aftermath.

Major US airlines such as Delta Airlines, American Airlines and Southwest Airlines restarted services in the New York area as the airports began to spring back to life.

Around 20,000 flights to and from airports in the region were reportedly cancelled because of Sandy. LaGuardia was the airport most damaged by the storm because of its low-lying runways; the airport experienced flooding, and the US Federal Aviation Administration reported that three of the airport’s four instrument-landing systems were damaged.

The UK Department for International Development’s project to build an airport on the remote South Atlantic island of St Helena is one of the most challenging airport developments in decades.

South Africa-based Basil Read, the airport’s main contractor, awarded a contract to Thales in November to install air traffic management (ATM) and navigational systems for an airport that promises to be a more challenging landing proposition than most.

Installations by Thales will include an instrument landing system and a Doppler VHF Omni-directional Radio Range system to offer pilots runway distance information.

Once this ambitious project is complete in February 2016, tourism to the island, which hosted an exiled Napoleon during the 19th century, should receive a major boost. The airport will have an 1,860m runway and a 3,500 square metre terminal building.

Gatwick Airport in the UK is preparing to make its largest capital investment since its change of ownership three years ago, awarding a £183.9m contract to Vinci Construction for the demolition and replacement of Pier 1.

The old building will be torn down to make way for a new two-storey building with a new baggage handling system, gate rooms with new check-in systems and air-bridges to connect the building to five new aircraft stands.

The new Pier 1, scheduled to open in summer 2015, will feature a faster hold baggage screening system to check luggage at any of the nine check-in zones, before delivering it to baggage handling. The system will allow airlines to start offering automated bag drops at the pier.

The strikes, which were particularly prevalent in Spain, Portugal and Greece, caused widespread flight cancellations across Europe.

Iberia, Iberia Express, Air Nostrum, Vueling, Air Europa and EasyJet reportedly cancelled about 600 flights in Spain. Portuguese airline TAP called off more than 170 flights because of the strikes, most of which were serving international routes.

British Airways cancelled 39 flights from Heathrow to Madrid and Barcelona, as well as return services to Lisbon, while a further 13 flights were cancelled at Gatwick Airport. "Flight cancellations are never good news, but we do operate around 1,300 flights a day so the figure of 39 is a comparatively small one," a Heathrow Airport spokeswoman said.

The Middle East and Asia Pacific regions are continuing to lead the way in passenger traffic growth, with a report from Airports Council International (ACI) revealing that the regions achieved respective year-on-year growth of 10.1% and 5.1% in September 2012.

For the year up until September, airports in the Middle East recorded a traffic increase of 11.9%, with Asia Pacific just behind on 7.7%.

Commenting on Asia Pacific’s traffic performance, ACI Asia Pacific regional director Patti Chau said: "Asia-Pacific, led by China and India, is expected to be the fastest growing region and will surpass Europe to be the largest aviation market by end of 2012.

The Maldives Government cancelled a high-profile airport contract in November. The 25-year contract for the upgrade, modernisation and management of Male International Airport was originally awarded to Indian infrastructure firm GMR, but was unceremoniously dumped by the government.

The office of Maldives President Mohammed Waheed Hassan said the contract was legally invalid and beset by legal, technical and economic problems.

GMR reacted angrily to the contract cancellation. "This unlawful and premature notice on the pretext that the Concession Agreement [CA] is void is completely devoid of any locus standi and is therefore being challenged by the company before the competent forums," GMR said in a statement.

While New York continues to clear up the physical damage caused by Superstorm Sandy, analysts are still piecing together the economic effects of the storm.

The International Air Transport Association (IATA) reported that the storm had put a significant dent in already flagging traffic growth in October.

Global passenger traffic for October 2012 declined by 0.5% compared to a month before, with the storm’s effect on flights in North America and the Atlantic helping to limit traffic growth to just 2.8% year-on-year.

October started with the usual airport developments and openings, then ended with chaos across the US East Coast in the wake of Superstorm Sandy.

September was a big month for ATC, with Europe and the US kicking off major projects as part of their next-gen navigation programmes. Meanwhile, major terminal projects moved forward in Nigeria and Taiwan.