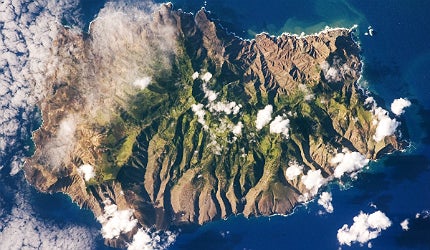 "A regular question was ‘Where is Saint Helena?’"

The island’s 4,000-odd inhabitants, dubbed "Saints", are connected to the outside world by only a single vessel, RMS St. Helena, which ships goods and people to and from the island. This solitary route to the island is a potent reminder that it is one of the most remote locations in the world. 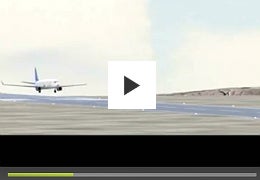 All that is set to change with the development of the island’s very own airport, being designed, built and eventually operated by South African construction company Basil Read.

The £192m airport project, funded by the UK’s Department for International Development (DFID) and due for completion in February 2016, is intended to boost the island’s economy with jobs and increased tourism, and perhaps to reverse the steady trickle of Saints leaving the island for the UK.

We talked to Basil Read’s project director for the airport Jimmy Johnston about the unique challenges of developing an airport in such a remote location. 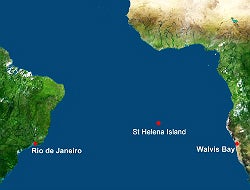 JJ: I’m sure that the size of the project and the remoteness of the island affected the interest in the initial bids and was a major contributing factor to the hesitancy in bidding. A regular question was "where is St Helena?" However, we saw the remoteness as a challenge and an opportunity where we could add value.

JJ: I can say we’re almost fully established on the island – we have all of our heavy plant, we have all of our key personnel, we have accommodation for them – our accommodation camp is probably 70% complete. It is occupied; we’re just making it a bit larger for next year, when the production numbers will be a little bit higher. All the establishment work is more or less finished.

"We’ve had plan As, Bs and Cs, which you have to do at this distance."

We started on the permanent works on the airport in October, with drilling and blasting and starting to do the earthworks up there. So that’s moving quite nicely. And the design is running in tandem with that. So design work has been ongoing since January or February this year and will continue at a reasonable pace right up until the middle of next year for the civil design.

For the airside design, we are underway at the moment, and we are having discussions in early January with ASSI [Air Safety Support International], who are the regulators for overseas territories airports. So we’re involving ASSI at a very early stage; we’re working on the process with them to make sure everybody is happy with what’s happening. 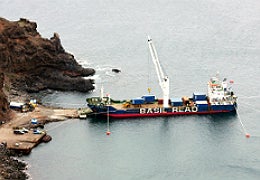 CL: What challenges did St Helena’s jagged landscape pose when choosing a site for the airport?

JJ: The airport position was chosen in the client’s reference design as there was limited choice due to the rugged terrain and environmental issues. A 14km access road has been built to allow access for construction equipment between Rupert’s Bay and the airport site.

CL: The project is funded by DFID – what have been their main priorities for the project and what has it been like to partner with the department? 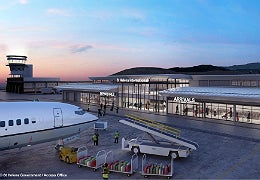 Our own and the client’s registers are open to both parties so that we are in a position to mitigate or avoid risks wherever possible.

We’ve identified risks and we’ve mitigated risks – we’ve had plan As, Bs and Cs, which you have to do at this distance.

In a place as remote as St Helena, if you have a problem, there is no use in pointing fingers. We’ve all got to work together to achieve the common goal.

JJ: The airport will have a huge effect on the island’s economy. Even at this stage the local economy is feeling the benefit of the construction activities.

JJ: We are contracted to operate the airport for an anticipated level of flights during a period of ten years. There’s a growing interest in the airport since construction started. Apart from the proposed use of an air service provider, there is interest from hoteliers with charter flights and business jets looking for easier routes to and from Europe, as I believe it will be easier to file flight plans via St Helena than across Africa, and also from business jets hopping the Atlantic.

It will be life-changing for a lot of people on Saint Helena, but I think the people don’t want to change the feel of the island. You don’t want to turn it into another southern Spanish beach resort – it has to maintain its own unique charm, while at the same time coming into the 21st century with communications and travel links.

Aveillant’s holographic radar system is poised to hit the UK market next year, offering a potential solution to radar interference by wind farms.