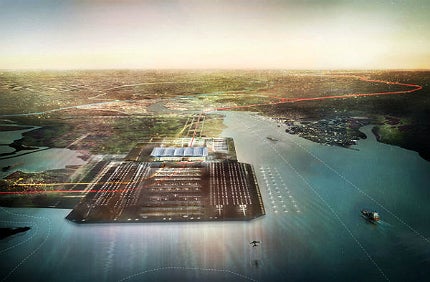 A Boeing 777 aircraft from South Korea’s Asiana Airlines holding 307 passengers crash-landed at San Francisco International Airport in the US, killing two passengers and injuring around 180 others.

The crash occurred when the crew members tried to abort the landing just seconds before it hit the seawall on the landing approach.

The aircraft then bounced off the airport tarmac and broke its tail, bursting into flames.

Other reports claimed that a navigation system, the Glide Path, which helps pilots to make safe landing, was turned off for maintenance leading to the crash.

The European Commission (EC) has allocated €600m for research projects to streamline air traffic and reduce congestion across Europe’s airspace.

Funding from the EU will be used for the development of new technology for European Single Sky, which aims to reform airspace management on the continent and double its capacity, as well as reduce air traffic management costs by half.

As part of the Horizon 2020 programme, under the EU’s new Multi-Annual Financial Framework, the research will help to address the capacity crunch as the number of flights in the region is expected to increase by 50% in the next ten to 20 years.

The Mayor of London Boris Johnson has proposed building a new four-runway hub airport in the east or north of the UK capital as an alternative to Heathrow.

Johnson has also proposed three possible locations for the hub airport, including an outer estuary airport off the Kent coast, dubbed ‘Boris Island’, built entirely on reclaimed land, an inner estuary on the Isle of Grain, as well as the expansion of Stansted Airport in Essex.

He has also proposed that the UK Government should buy Heathrow Airport for £15bn and turn the airport site into a housing and commercial scheme.

London Heathrow Airport has submitted three options for a new runway, claiming that each of them would be ‘quicker and cheaper’ than a rival hub airport.

Heathrow’s options include a runway to the north, north-west or south-west of the existing facility, which, if built, would increase the capacity from 480,000 flights per year to 740,000, while serving 130 million passengers.

Out of the three options submitted, the airport favoured an expansion towards either the south-west or north-west on practical grounds, which it said could reduce noise pollution as planes would not have to fly so low over the UK capital.

Architect rvials Foster + Partners and Make have submitted proposals to the UK Airport Commission in the midst of the ongoing debate over the country’s future aviation strategy.

Led by the Sir Howard Davies, the commission has been appointed by the UK Government to suggest plans for the expansion of airport capacity in the country.

The commission will issue an interim report by late 2013, while a final report is expected in 2015.

Sir Terry Farrell will advise the airport on its proposals for the ‘constellation of three London airports’, Heathrow, Gatwick and Stansted, with each airport having two runways.

Gatwick is planning to expand its runway capacity by adding a second runway after 2019, following the expiry of a legal agreement with local residents to keep the airport a single-runway hub.

The new airport will be built in Myanmar’s central Bago region on an area spanning 3,924ha, with completion expected in December 2017.

According to the Myanmar Department of Civil Aviation (DCA), seven pre-qualified firms have been selected for tendering the airport project out of 30 firms that expressed an interest.

As part of plan, Dubai International would build a fourth concourse and increase its capacity 100 million passengers by 2018, up from the existing 60 million and previous expansion plan of 90 million.

The airport operator is also planning to speed up the capacity expansion at the new Al Maktoum International Airport, which is currently projected to serve 160 million passengers by 2030.