TAV IT in Full Swing in Saudi Arabia 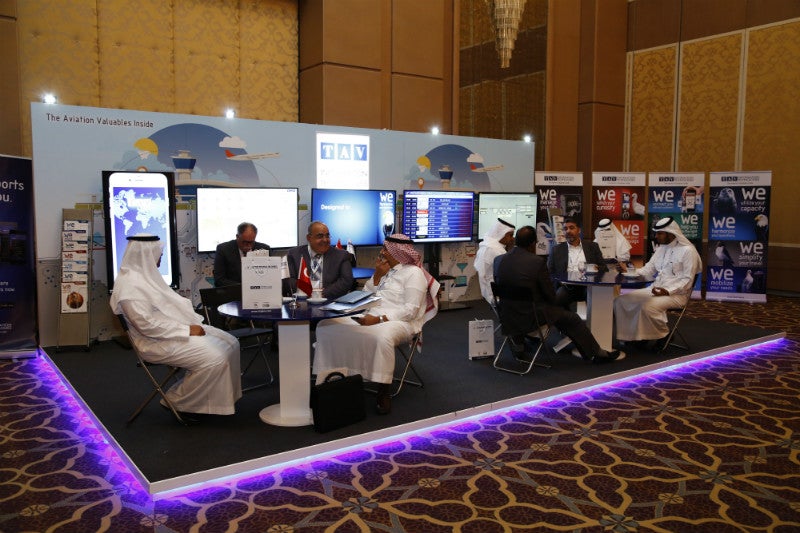 Having become one of the leading global brands specialised in airport IT solutions, TAV IT, a subsidiary of TAV Airports, made a presentation called ‘Increasing operational efficiency with IT solutions and operational optimisation’ at the Airport Modernization Summit organised in Riyadh, Saudi Arabia. During the two-day summit, the TAV IT stand attracted huge attention and was visited by Prince Dr Abdulaziz Bin Nasser Al Saud.

TAV IT general manager and TAV Airports Holding CIO Binnur Güleryüz Onaran stated: "Strengthened by its know-how in airport IT solutions and professional staff, today, TAV IT positioned itself at 31 airports across three continents and continues to carry out projects at various locations worldwide. Middle East and Saudi Arabia in particular are significant geographies where TAV IT has already achieved many projects and was awarded various investments in terms of aviation industry.

"Up until this day, TAV IT has created many successful airport IT solutions in Medina and Riyadh; therefore TAV IT is proud to be the main sponsor of the event in collaboration with the host, GACA (General Authority of Civil Aviation), and share its experiences."

TAV IT completed the IT projects of Riyadh, Dammam and Madinah airports in Saudi Arabia.

Expanding rapidly throughout the region, last year TAV IT won the communication technologies tender held for Abu Dhabi Airport Midfield Terminal Building, which will be the world’s largest terminal constructed under one roof when completed.

IT Systems and Services for Optimising Airport Operations

TAV Technologies is a leading provider of IT applications and high-quality services for the aviation industry,

TAV Technologies, a subsidiary of TAV Airports Holding, which is a member of Groupe ADP, is a leading technology brand, designing, developing and implementing aviation...