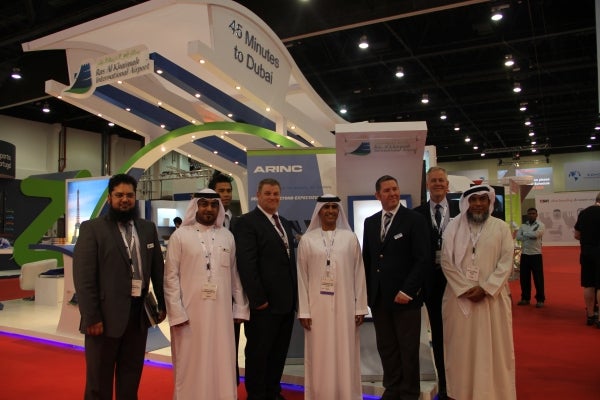 ARINC Incorporated, has won a multi-million dollar, ten-year contract to implement multiple airport systems at Ras Al Khaimah International Airport in the UAE. The project, which involves the design, supply and installation of ARINC’s core suite of airport passenger processing solutions, as well as advanced airport operational systems, will include state-of-the-art, common use passenger processing systems (CUPPS) and boarding operations at the expanding airport.

The installation of vMUSE/CUPPS, L-DCS, AirVue (FIDS), AirDB (AODB), InfoHub and Multi-Channel at RAK, in what will be the first off-site hotel check-in and bag drop in the region, will also equip the airport with future intelligence that will change the way in which people use it today.

It is anticipated that the number of CUPPS workstations and services will increase during the lifetime of the contract, as not only is the existing terminal being expanded, but there are plans for a new passenger terminal, dedicated to charter activity. Tony Lynch highlighted that ARINC won the bid through its close collaboration and consultation with the team at RAK Airport.

"We spent 18 months carefully ascertaining their requirements," he said. "From a small hosted L-DCS the scope has been extended to the airport-wide suite of products which has now been ratified."

Under the leadership of His Excellency Engr Sheikh Salem bin Sultan Al Qasimi, Chairman, RAK International Airport and the management of its CEO Andrew Gower, RAK Airport has overseen a period of significant growth at the airport where passenger numbers in the first half of 2012 were up 67.2% compared with the same period last year.

"RAK International Airport’s current expansion will see the airport ready to receive a steadily increasing number of passengers over the next few years," said Gower. "We are confident that ARINC is the right partner in this programme as their refreshing approach and industry knowledge ticks all the boxes for hi-tech, efficient, integrated airports. We needed a partner who could embrace the concept of taking the airport out into the wider Ras Al Khaimah, the resorts, hotels and the city. ARINC will partner us on the journey of turning the concept into a reality, bringing the possibility of check-in-less airports one step closer."

Lynch confirmed the good working relationship: "RAK trusts us to deliver this time-critical project. As a master systems integrator with over 80 years’ experience ARINC has unrivalled expertise in engineering new core infrastructure whilst ensuring a smooth migration process without disruption to either airport or passengers."

He said the ten-year deal demonstrates the commitment by both ARINC and RAK for a long-term partnership to evolve in the fast-growing Emirate, the fourth-largest in the UAE while enjoying a rapidly expanding economy with a steady increase in its global appeal as a superior destination for both business and leisure. "The level of integration and future-proofing that ARINC is bringing to RAK will make it one of the most intelligent airports in the world," he said.

ARINC Incorporated, a portfolio company of The Carlyle Group, provides communications, engineering and integration solutions for commercial, defence and government customers worldwide. Headquartered in Annapolis, Maryland with regional headquarters in London and Singapore, ARINC is ISO 9001:2008 and AS9100:2009 Rev C certified. For more information, visit our website.

Assessment of 1-to-Many Matching in the Airport Departure Process

The 1-to-Many matching approach is being promoted for use in airports because it removes the requirement for passengers to produce a BCBP or passport.