Accurate detection and counting of people in airports is crucial to implementing integrated solutions for airport building security, safety and management. IEE works together with industry integrators and OEMs to develop plug-and-play applications for access control, tailgate prevention, people counting and occupancy monitoring based on a new-generation sensing system, the 3D MLI Sensor™.

IEE has developed a 3D sensor using modulated light intensity (MLI) technology. MLI technology is based on the optical time of flight (TOF) principle. A non-scanning light source emits modulated near-infrared light. The phase shift between the light emitted by the source and the light reflected by the persons and objects in the field of view is measured to create a real-time topographic image of the monitored area. By means of time of flight measurement and sophisticated embedded algorithms, the overhead-located 3D MLI Sensor measures and processes topographic 3D data, in order to detect the number of people in a specific area. The sensor accurately recognises scenarios such as tailgating, piggybacking, credential pass back, u-turn and crossing (bi-directional traffic).

The advantages of the tailgate detector include:

Tailgate detection at doors and turnstiles

TDflex™ detects tailgating by monitoring access at single-door access points such as swinging doors, turnstiles or even virtual doors.

Depending on the desired security and throughput level, TDflex™ detects tailgating and piggybacking scenarios, provides accurate people count statistics and prevents access by locking the door and / or triggering a warning signal. TDflex™ is like a virtual mantrap or airlock providing a high security level without having to install costly two-door access points.

TDtrap™ prevents tailgating by allowing individual access to mantraps, airlocks and transfer gates. Each time a person passes the entrance or exit, the sensor determines whether or not the detection area is occupied by one person, more than one person or luggage left behind. This information allows TDtrap™ to appropriately control the entry and exit and trigger an alarm when necessary.

Being able to accurately track and record the precise number of people present in a building or moving through high-traffic areas at any given time is an invaluable asset, not only for safety and security professionals, but also for marketing intelligence gathering initiatives, building automation and to allow organisations to optimise their staffing and energy levels.

Optional computer software has the capacity to provide historical data analysis, data aggregation and time plotting – allowing organisations to perform precise calculations, such as the average time an individual spends inside a particular zone.

Airports are often subject to maximum occupancy regulations. Suspended above each entrance and exit, the people counter performs a bi-directional count of each person entering and exiting a single room, a particular floor or an entire building, and triggers a warning signal when a predefined threshold has been reached or exceeded. An optional occupancy monitoring software allows the data management of up to 30 groups of 30 sensors, for both real-time and post-count analysis.

Similarly, for areas requiring a minimum occupancy, such as laboratories or surveillance and control rooms, the people counter monitors the occupancy level and issues an alert when needed.

Occupancy monitoring with the people counter accurately calculates the number of people present in a room, floor or building at any given time. It also provides useful information to safety staff in case of an emergency evacuation.

A key indicator of a store’s performance is its conversion rate or the percentage of visitors that actually make a purchase. Marketing metrics such as CPM (cost per thousand) and SSF (shoppers per square foot) can only be generated if accurate statistics on visitor numbers are available. By tracking visitor traffic and density, the people counter helps store managers analyse sales data to better plan staffing levels.

Typically installed above entrance doors or turnstiles, the people counter’s optimised design housing allows easy and aesthetic integration into existing architecture. The design housing is available for in, on and under-ceiling mounting, providing flexibility for all kinds of ceiling structures.

Founded in 1989 and headquartered in Luxembourg, the company has operations in Europe, the US and Asia. IEE employs 4,100 people worldwide For more information, please visit www.iee.lu.

Sensing specialist IEE was honoured with the best access control product award for its tailgate detector TDflex, an innovative access control solution based on 3D technology, at ISC West. The New Product Showcase (NPS), sponsored by the Security Industry Association (SIA), is held an 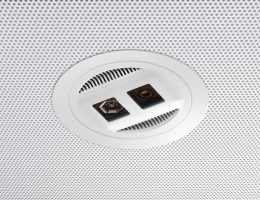 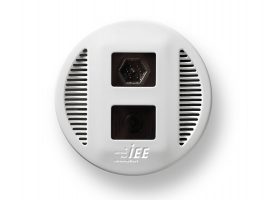 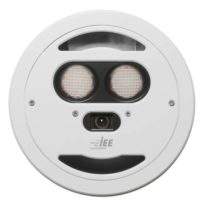 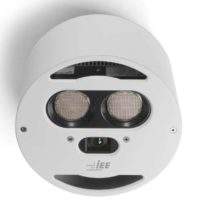 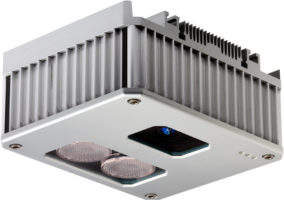 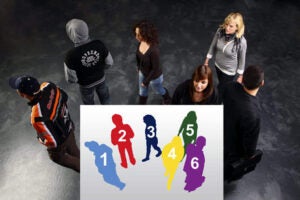 Sensing specialist IEE was honoured with the best access control product award for its tailgate detector TDflex, an innovative access control solution based on 3D technology, at ISC West. The New Product Showcase (NPS), sponsored by the Security Industry Association (SIA), is held an

Luxembourg-based sensing specialist IEE has won the Fedil Innovation Prize in the category Business Development for its Tailgate Detector, an innovative access control solution based on 3D sensing technology. The Business Federation Luxembourg Fedil issued the award at a ceremony held o

The Luxembourg-based sensing specialist IEE has won the Security Innovation Award for its Tailgate Detector, an innovative access control solution based on 3D technology at the Security Essen World Forum for Security and Fire Prevention. The award was commemorated at the presentation ce

Sensing specialist IEE presented its innovative access control solutions, the award-winning Tailgate Detector and the People Counter at the ExpoProtection show, which took place on 2-5 November in Paris. The Tailgate Detector works with security systems by intercepting the signal emitt