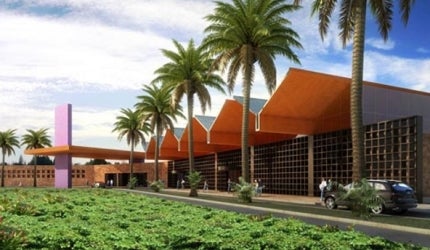 "Expansion and remodelling work was completed at the airport in February 2012."

GAP proposed the construction of a 525ft cross-border facility at the airport in November 2012. The bridge will link Tijuana airport with Otay Mesa terminal in San Diego, US. It will reduce the delays in cross-border commuting.

The project will include the construction of a 65,000ft² two-storey building and car park at the Otay Mesa terminal in San Diego. It will also include check points for US customs and Mexican immigration offices.

Expansion and remodelling work was completed at the airport in February 2012. The passenger check-in area, X-ray baggage screening area, and the international arrivals and international baggage claim areas were all renovated as part of the project.

Federalde Bachigualato International Airport (Culiacán Airport) serves the city of Culiacan in Sinaloa, a southern Mexico state. It is situated 12km west of the city and can be accessed through the Mexico 15D road.

The expansion included upgrading of the terminal and concourses, hold rooms and ticket counters, and the construction of a new airport bus terminal. It also featured airfield improvements, such as partial rehabilitation of the landing strip, installation of drainage pipes and improvements to air security. The investment on the project was Ps. 362.4m ($29.87m).

Past expansions at the Tijuana International Airport

The airport has one main passenger terminal with two concourses A and B, which hwas opened in 1970. The terminal has a total floor space of 16,165m² and is constructed across 6.65 acres. The facilities at the terminal include duty free shopping, ATMs, restaurants and Wi-Fi.

The airport terminal has the capacity to handle up to 10 million passengers a year. It has 23 gates and four baggage claiming carousels, while two lounges are located at concourse A.

The airport has an old terminal, which is used for the aviation of Mexican military and federal police forces. The airport also has one general aviation terminal building, which features administrative offices, a pilots’ lounge and a passenger lounge.

The airport has a single runway (09/27), which is 2,960m in length and paved with asphalt. A taxiway is located parallel to the runway.

Buses and taxis can be accessed from the both arrivals and departure areas. The airport has seven car rental companies, which include Alamo, National, Thrifty, Hertz, Avis, Dollar, Budget and Europcar. Shuttle services are available from the airport to the city centre.

The airport has parking spaces located at building E in the main passenger terminal and at the old airport terminal. It has both covered and uncovered parking services and offers round-the-clock security.