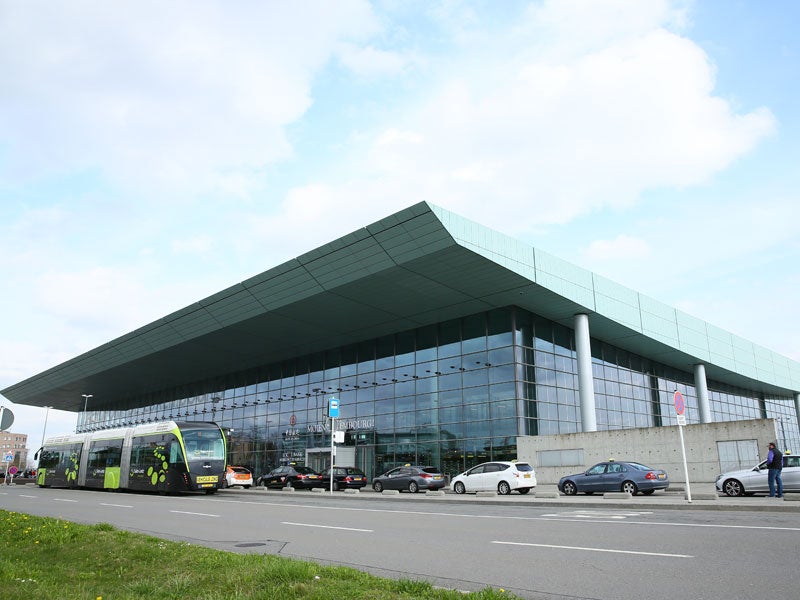 Luxembourg Airport, the primary and the only international airport in the country, is situated approximately 6km to the east of the country’s capital city, Luxembourg.

The capacity of existing passenger Terminal A has become saturated due to the rapid traffic growth at the airport, attributed to the entry of new airlines and fast growth of existing airlines. The terminal’s three-million passenger capacity is no longer sufficient to accommodate the anticipated growth.

Construction of a new Terminal B was, therefore, announced by airport operator Luxembourg Airport Authority in 2016. Planning, preparation and construction works of the new terminal were started in the same year. The terminal was opened for the passengers in July 2017

The new terminal is used for regional aircraft and flights within the Schengen area. It handles flights with less than 50 passengers.

Terminal B encompasses the redevelopment of an existing terminal that was originally built in 2004 but abandoned for eight years. Although abandoned, the terminal has been well maintained and is in good working condition.

Certain areas of the terminal and the apron were renovated, as part of the redevelopment, in order to accommodate more passengers and bigger aircraft.

The new terminal added 700m² of passenger waiting space and ten new aircraft contact gates, increasing the total number of gates at the airport to 15. The new gates enable the airport to handle more flights, leading to 90% efficiency in flight management.

"The new terminal is used for regional aircraft and flights within the Schengen area."

Certain existing structures within the terminal are removed to create space for new facilities such as food and beverage outlets.

Terminals A and B are connected through an existing connector bridge, which is extended and equipped with moving walkways.

Two new aircraft stands, A12 and A14, were positioned just opposite to the connector bridge to handle narrow-body aircraft. The new stands were exclusively built for existing airliners easyJet, Vueling and Ryanair.

Other developments forming part of the terminal redevelopment include installation of aircraft power supplies, upgrading terminal security and IT systems, as well as thorough inspection of the current air-conditioning, electrical systems, escalators and other systems.

The new terminal allows passengers to board their flight by walking for a short distance instead of taking a bus.

The Airport Master Plan for the development of the landside area in front of the terminal was released by the airport operator following the announcement of the new terminal construction in 2016.

The landside development is designed to provide required infrastructure and facilities to support the medium and long-term growth forecasts at the airport, as well as complement the existing terminal infrastructure.

The Master Plan envisages the development of 4,100 new parking slots, of which 1,200 are located in the current Parking F, which features proportionately sized slots.

Located in front of Terminal A, short-term parking area C was also expanded as part of the master plan to offer 345 spaces for visitors.

All the parking spaces located around the terminal were connected through underground passages. The passages do not have any road crossings and are protected from all weather conditions.

Also included in the master plan is a tram line, which will establish a direct, above-ground connection to the terminal at the existing bus stops, by 2021. The tram line will allow passengers to directly reach the departure halls by eliminating the hassle of crossing streets and changing levels.

Features and facilities at existing Terminal A

Redeveloped in 2008, Terminal A features 18 aircraft gates from A1 through A18 and accommodates all aircraft with capacity more than 50 passengers.

Level +1 or the mezzanine level features a fully-equipped Regus Express business centre, which includes meeting rooms, private offices, a business lounge and a co-working space. It also has two restaurants, which offer elegant views of the runway and taking off planes.