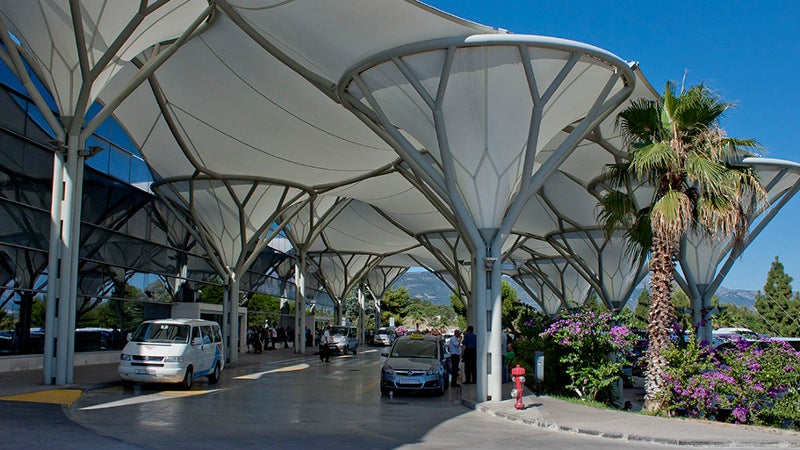 Split Airport, also known as Resnik Airport, is located 24km from the city of Split in Croatia. The airport handled more than two million passengers in 2016, making it one of the busiest airports in the country.

It is currently undergoing a major expansion to accommodate increasing traffic, which has almost doubled in the past five years and is expected to reach higher levels in future.

The ongoing development will rehabilitate and expand the existing passenger terminal to enhance its capacity to 3.5 million passengers a year, as well as achieve new levels of safety and service quality.

Works on the terminal expansion project commenced in 2016, with completion scheduled for 2019.

Details of terminal expansion and rehabilitation at Split airport

The rehabilitation project will expand the existing passenger terminal area to 34,500m². A main load-carrying structure will be constructed as an extension to the terminal. The structure comprises various buildings, bridges, space frames, tensioned cables and membranes, and will be made of reinforced concrete, laminated wood, structural steel and canvas.

The arriving and departing areas of the terminal will be separated to enable more operational flexibility and security control.

A new automated baggage sorting area will also be created, along with a luggage inspection area compliant with the standard 3 EDS, as specified by the European Union (EU).

Besides expansions to the existing terminal, a new passenger terminal is being constructed within the airport complex. The new building will assume most functions of the existing building. It will be a one-storey building with a basement, ground floor, first floor and a gallery with roof height extending to 14.74m (48.35ft) above the ground floor.

The eastern part of the terminal will be a compact glazed cube featuring a flat and partly glazed roof, while the western part will have a basement and will be located next to the existing apron.

The new extension will increase the airport’s total area to 105ha and significantly improve the quality of passenger services. It will also enable the application of EU standards for international border crossings in line with the Schengen agreement.

Other developments at Split airport

A new commercial parking area with 900 parking spaces for cars and buses is also being constructed as part of the expansion project. A bus terminal will be built linking with the passenger terminal through a closed pedestrian overpass.

VV Projekt provided the design for the for the rehabilitation and expansion project, while the construction contract worth approximately $50m was awarded to a consortium comprising Viadukt, Kamgrad and KFK Tehnika.

Vanderlande secured a contract to supply a new baggage handling system, which is scheduled to be installed by April 2018.

Financing for the terminal rehabilitation and expansion

The total investment for the project is not disclosed, but it has been disclosed that the project secured an initial funding of approximately $17m from own sources, while the rest will be financed through loans from development banks without government guarantees.

Features and facilities of the existing passenger terminal at Split airport

Split airport currently features a single three-storey terminal building, which offers a wide range of passenger services and amenities. Check-in counters are opened 120 minutes prior to international flights and 90 minutes prior to domestic flights.

"Works on the terminal expansion project commenced in 2016, with completion scheduled for 2019."

The international departures area offers a passenger lounge with modern technological equipment for business-class passengers, while economy-class passengers need to have special status cards to use the lounge.

Other facilities at the terminal include Splitska bank, which offers banking and currency exchange services operating from the terminal ground floor. Passengers can also find a mini market in the same level, which offers a wide choice of souvenirs, gifts and other products.

The airport features a single runway (05/23), which is 2,550m-long and 45m-wide and is covered with a concrete / asphalt surface. The runway is equipped with a visual approach slope indicator system with approach lights and other lighting equipment.

Different transportation facilities are available to and from the airport, including a direct bus line organised in co-operation with Pleso Prijevoz, public transport buses that can be taken from a bus stop located close to the airport, and taxi services. Ferry services are also available for the passengers from the islands.