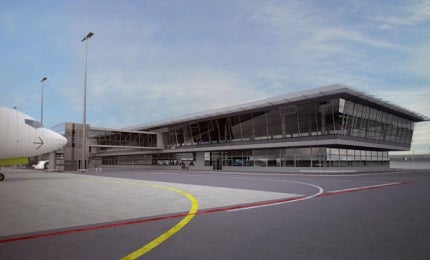 Riga International Airport, the biggest and busiest international airport in the Baltic region of Northern Europe, is located 10km west of Riga, the capital city of Latvia. It is one of the few European airports to attend both full service and low-cost airlines and attends. It serves as a hub for RAF-Avia, Vip Avia, Inversija and SmartLynx Airlines, as well as an operating base for airBaltic and ULCC Wizz Air.

The airport authority launched the passenger terminal expansion in September 2014 to handle the increasing passenger traffic.

The passenger terminal expansion project includes the construction of a two storey building called Northern Gateway, which is 214m long and 28m wide. The expansion will take place in the non-Schengen area and will add 23 gates with bridges for passenger boarding. The new building will be located 240m away from the existing terminal and will feature a gallery structure that connects it to the terminal complex.

"The airport authority launched the passenger terminal expansion in September 2014 to handle the increasing passenger traffic."

The latest expansion is the fifth at the terminal and will be carried out in two phases. It aims to improve the quality of services at the airport and the competitiveness of the airport in Europe by attracting new airlines and helping the existing airlines to expand their activity at the airport. Upon completion, the new terminal will also be able to accommodate bigger aircraft.

Financing for the infrastructure development project

The total estimated investment of the infrastructure development project is approximately €115.27m ($146m), €58.5m out of which is financed by European Union’s (EU) Cohesion Fund and €11.74m ($14.9m) by the state budget. The remaining amount is provided by the Riga International Airport.

José Joaquín de Olmedo International Airport is located to the north of Guayaquil, the largest city of Ecuador in South America.

Construction of the auxiliary taxiway E, works on the northern de-icing pad, construction of rainwater drainage and airfield drainage system, and the installation of CAT II lighting system were completed in 2013.