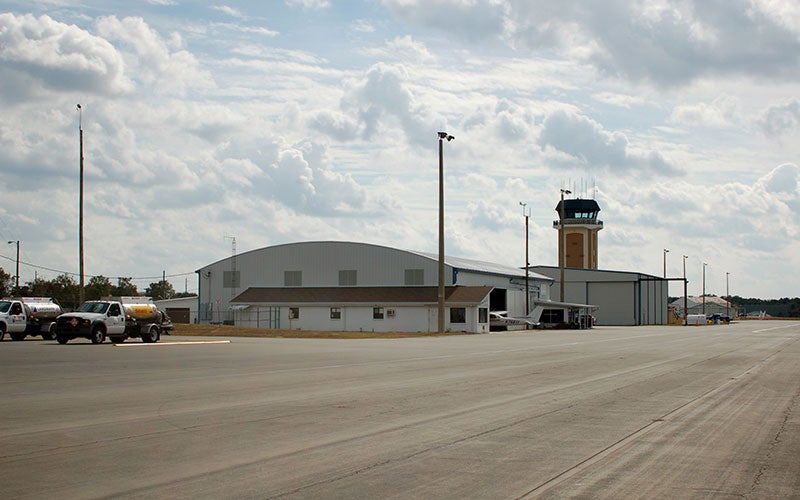 Also known as Ocala International-Jim Taylor Field, the airport is owned and operated by the City of Ocala. It features one passenger terminal building and two runways, and covers an area of 1,532 acres.

The 2014 Airport Master Plan Update of the OCF forecasts an average annual growth rate of 1.02% in overall activity at the airport. It is anticipated that by 2032, the airport would be witnessing approximately 64,000 annual aircraft operations.

The update has recommended construction of a new terminal to replace the existing building and accommodate current and future demands.

The Florida Department of Transportation (FDOT) and the Federal Aviation Administration (FAA) approved the project, and have been offering financial assistance since 2014.

The new terminal and other developments will transform the airport into a fiscally sustainable, well-managed economic hub.

Details of the existing terminal and proposed new terminal

The existing terminal building is a 4,340ft² facility located on the east side of the airport. Originally constructed in the 1960s, the terminal features rental car providers, administrative offices and restrooms.

The proposed terminal will be roughly 20,000ft² in size, and offer air carrier and fixed-base operator (FBO) operations, administrative offices, rental car companies, and a restaurant.

Its design will be finalised after an intensive planning session.

Financing for the new terminal at Ocala airport

The new terminal project will be jointly funded by the City of Ocala and the FDOT. The new FBO at the airport, Sheltair Aviation, will initially provide up to $4m for the design and construction of the terminal building.

The city council will donate the same amount through a $2m FDOT grant due in 2017, and $2m in rent credits.

In 2014, the airport’s master plan was updated by RS&H, a US-based facilities and infrastructure consulting firm.

The company also considered expanding the airport to include a new T-hangar, corporate hangars, and a new terminal complex.

The consultant will provide planning, design and resident project representative (RPR) engineering services for the project.

The airport features two non-intersecting runways, designated 18 / 36 and 8 / 26. Oriented in north-south direction, the 18 / 36 is the primary runway. Paved with grooved asphalt surface, the runway is 7,467ft-long and 150ft-wide, and is in compliance with all FAA design standards.

The Runway 8 / 26 is an east-west runway, which is 3,010ft-long and 50ft-wide. It provides appropriate crosswind coverage for general aviation aircraft when conditions are unsuitable for main runway operations.

Taxiway B is a 25ft-wide parallel taxiway serving the secondary runway with three connector taxiways, B1, B2 and B3.

The FBO services are housed in a 7,200ft² building to the north of the terminal.

"The proposed terminal will be roughly 20,000ft² in size, and offer air carrier and fixed-base operator (FBO) operations."

In May 2015, Fort Lauderdale-based Sheltair Aviation was appointed as the new fixed-base operator (FBO) for a 30-year lease period.

Sheltair bought the lease, which would have expired in 2018, from previous FBO Landmark Aviation.

The air traffic control tower at Ocala airport is located approximately 250ft north of the terminal building. It became operational in 2009 and runs under the FAA’s contract tower programme.

Parking facilities at the airport

Parking facilities at the airport are located at the main terminal, and consist of three surface parking lots with 40 paved and 40 unpaved parking spaces.