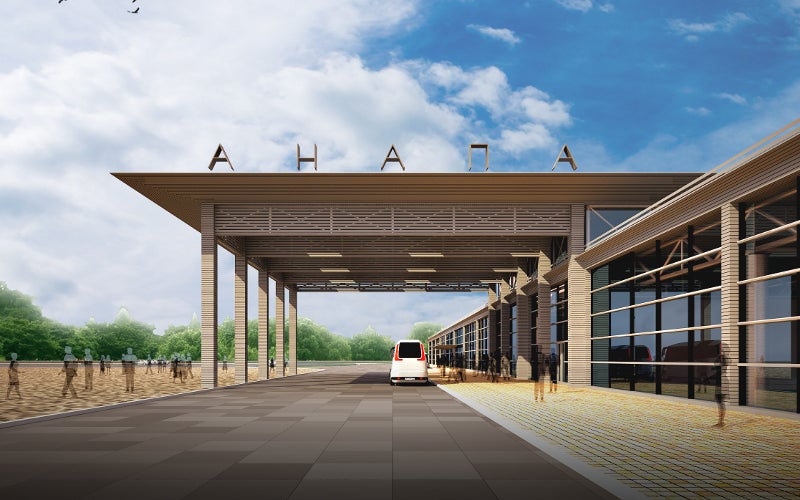 Anapa International Airport, also known as Vityazevo Airport, is located off the Black Sea coast in Anapa, Krasnodar Krai, Russia. The airport serves Anapa, and the cities of Novorossiysk and Temryuk.

The airport is served by 20 airlines, which offer services to 40 destinations.

One of the biggest resorts in Russia, Anapa was given federal resort region status in 1994 for relaxation of single children, teens and parents with children. It is the only resort having 42km-long curative sandy beaches and 12km-long shingle beaches.

Millions of tourists visit the region every year from all over the country and abroad, resulting in a surge in passenger traffic at the Anapa airport.

A significant drop in the service level at the airport has been witnessed as the passenger processing capacity of the existing 5,000m² terminal at the airport is limited to 400 passengers per hour (pax/h).

To ensure a high level of customer service and to accommodate the growing passenger traffic, the airport operator has decided to construct a new terminal complex to handle the domestic operations, as well as modernise and upgrade the existing terminal to handle international operations.

The project will see threefold increase in the total terminal area and increase in passenger processing capacity to 600pax/h.

The terminal construction project includes construction of a new building, off-site utilities, sewage facilities and waterworks. The new single-floor 11,800m² terminal will be constructed in a rectangular site located north-east of the existing terminal building.

Concessions in the new terminal including the retail outlets, cafes, restaurants and cafes will be organised with a new approach in accordance with the passenger preferences. A special playground for children and a business lounge for business-class passengers will be created inside the terminal.

Latest technology will be integrated into the terminal by using energy-efficient equipment such as solar batteries and environment-friendly material.

Financing for the terminal project

The total investment for the project is estimated at $22m (RUR1.5bn), of which $20.42m (RUR1.4bn) is allocated to the terminal construction.

The Sberbank of Russia approved RUR800m ($11.79m) for the project. The Russian Economic Ministry supported the project what helped Basel Aero to receive a Sberbank loan at a reduced rate.

The technical construction contract was awarded to Stroy International, while Technostroyalliance-Center is responsible for construction and installation of the offsite utilities and engineering documentation.

The facade of the new terminal building was developed by Sergey Shvedov Studio, an urban planning, architecture and design firm based in Russia.