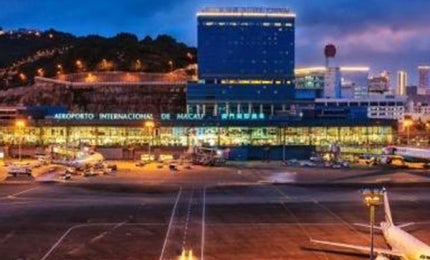 Located on Taipa Island in the Special Administrative Region of Macau, China, Macau International Airport (MIA) opened in 1995. Since then, the airport has played a vital role in establishing a link between the Pearl River Delta and the rest of the world and serves as a hub for freight and express cargo in Asia Pacific.

The airport is operated by the Macau International Airport Company (CAM), which is officially known as Sociedade do Aeroporto Internacional de Macau, under a 50-year contract that extends until 2039.

"Macau International Airport has played a vital role in establishing a link between the Pearl River Delta and the rest of the world."

The airport has full-fledged passenger and cargo facilities to handle six million passengers and 165,000t of freight a year. It recorded five million passenger movements and 48,000 flight movements in 2013. It won the ‘Best Emerging Airport in Asia’ in the 28th Asian Freight and Supply Chain Awards (AFSCA) 2014.

With the growth in passenger traffic in the recent years, the CAM planned for the north side expansion of the passenger terminal building in 2014. Accordingly, it appointed Mott MacDonald as consultant to design and build the expansion. Mott MacDonald completed the conceptual planning work of the terminal expansion in July 2014.

The expansion project involves addition of space at all the levels. The expansion at the arrival area will focus on an additional area to increase the passenger processing capacity. Lounges in the departure area will be upgraded with extra retail and office space. The extension at mezzanine level will connect the airport with Macau light rail transit (LRT) along with the addition of space for retail, food and beverage outlets. A new level will be constructed to create new office space.

The Macau International Airport has one parallel taxiway, which is 1,353m long and 23m wide. It also has an apron consisting of 24 parking stands, ten of which are big enough to accommodate Boeing 747-400 aircraft. In addtion, the apron has four loading air bridges and a 7,000m² mobile equipment area.

OMK Design
OMK are global market leaders in the design, manufacture and...