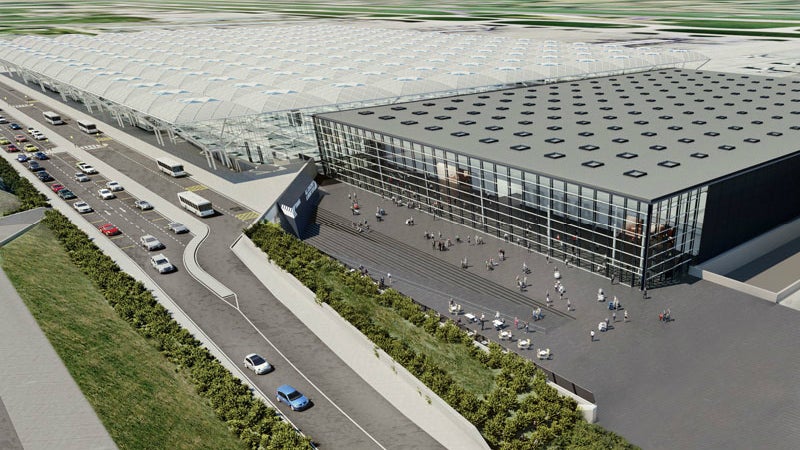 London Stansted International Airport is one of the busiest and fastest growing airports in the UK. Touted as London’s third biggest airport, it has witnessed significant investments in infrastructure developments to support its continuous growth.

Following its acquisition by the Manchester Airport Group (MAG) in February 2013, the airport has been undergoing a multi-phased transformation project launched with an investment of £260m ($396.68m).

The latest phase of the transformation project, announced in 2016, envisages the development of a new £130m ($161.83m) arrivals building to improve passenger and airline services at the airport.

Once approved, the arrivals building will be constructed in three years and will enable the airport to handle the projected capacity of 35 million passengers a year.

Details of the terminal redevelopment project

The £260m ($396.68m) airport transformation programme was initiated with the launch of a £80m ($122.8m) terminal redevelopment project in 2013. The three-phased project is aimed at improving all aspects of the passenger journey with the changing terminal-usage patterns.

The first phase of the project included the relocation and expansion of the airport security area. The expansion added four new security lanes, 20 automatic entrance gates, and separate lanes for people with reduced mobility, premium passengers and families.

The international departure lounge was expanded from 9,459m² to 15,248m², during the second phase, providing 70% more seating for the passengers. The expanded area now houses 40 new retail offerings, bars and restaurants including the biggest walk-through retail duty-free store.

Stansted Airport has a single terminal, which handles more than 5,000 departing passengers an hour during peak times. The passenger traffic at the airport is expected to increase in the future, especially due to the runway capacity constraints at other airports in London.

The facility will house immigration and baggage reclaim areas, an arrivals concourse, retail facilities, an external forecourt, onward travel facilities, and public spaces that create a comforting experience for the passengers.

The existing terminal will be completely dedicated to departing passengers once the arrivals building becomes operational. It will include more space for check-in desks, security and international departure lounges.

Design of the new arrivals building

The design reflects the uni-directional nature of the facility, while its functional planning within a single volume enables effortless movements throughout the facility.

The building will feature sustainable technologies and create a high-quality environment to support the projected growth. It is designed to enable future expansions that would serve up to 43 million passengers a year.

Other ongoing developments at Stansted airport

Other development projects currently in progress under the transformation programme include a £5m ($7.26m) investment project to refurbish the security search area and expansion of the main departure lounge. Announced in June 2016, the project is aimed at enhancing customer service and security screening at the airport.

The layout of the security search area will be modified to enhance the passenger screening capacity, as a part of the project. Further, a central image processing (CIP) technology will be installed at 13 of the airport’s 22 security lanes in order to comply with the security requirements.

"The proposed building is designed as a standalone facility and not as an extension to the existing terminal."

The existing hand baggage X-ray screening area will also be relocated to a dedicated central location. In addition, the entrance of the security search area will be redesigned.

Expansion of the departure lounge will see the addition of 500 more seats in the lounge. Also included in the project is the addition of 2,500 new ‘Meet and Greet’ spaces along with 1,000 car parking spaces.

The new arrivals building was designed by international architectural firm Pascall+Watson, which submitted the planning permission for the same in December 2016.

The building services team of SPIE, an electrical and mechanical engineering and HVAC services provider, was awarded a contract during the second phase of the terminal transformation project.

GS Contracts, a specialist interior design firm, was appointed as the main contractor for one of the retail outlets planned as a part of the transformation project.

Cinimod Studio was involved in designing lighting for the F&B outlets.