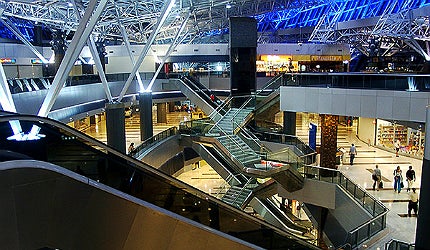 Guararapes International Airport is the airport serving the port city of Recife in Brazil. It was built in 2004 and is currently operated by Infraero. It is the largest airport in north-east Brazil. The airport is located at a distance of 14km from the city centre of Recife.

Recife is one of the largest metropolitan areas in Brazil. Bordering the Atlantic Ocean with a large port, it is one of the important industrial cities of the South American country. It is also one of the busiest airports in Brazil and is ranked seventh in the country in terms of its cargo handling capacity.

The airport was ranked fifth in the SKYTRAX awards in the ‘Most Improved Airport’ category, in 2012.

The airport’s operator Infraero, in August 2009, unveiled plans to invest $4.6m for upgrading and renovating the airport in preparation for the 2014 FIFA World Cup, which is to be held in Brazil.

The airport will have a Bus Rapid Transit line that will connect the downtown of the metropolitan area to the airport and the stadium. This line will also be integrated with the Recife Metro network.

"The airport is located at a distance of 14km from the city centre of Recife. Recife is one of the largest metropolitan areas in Brazil."

The airport was originally called the Ibura Airport and was renamed as Guararapes Airport in 1948. It was built during World War II as a replacement for an air field called Parque do Encanta Moca.

After the end of the war the airport was used as maintenance and refuelling stop for aircraft travelling between South America and Europe.

A passenger terminal was built at the airport in January 1958. The runways 14/32 and 18/36 were extended to 2,010m and 2,400m respectively, from 1,800m. The authority for operating the airport was handed over to Infraero in 1979, keeping in view the future development plans for the airport.

A major overhaul of the passenger terminal took place in 1982 and another expansion was carried out in 1990.

Past expansions of Guararapes airport

The airport underwent a massive renovation after 2000, which included addition of a new passenger terminal.

"The airport was ranked fifth in the SKYTRAX awards in the ‘Most Improved Airport’ category, in 2012."

The master plan for the airport was designed by Moretti Arquitetura, an architecture firm. The design mainly focused on an air-mall concept with around 130 retail stalls planned inside the terminal.

The new terminal, which has a capacity to handle 7.2 million passengers per annum, became operational in September 2005 but was officially inaugurated in 2006.

A new parking garage with an area of 72,000 square metres to park 2,020 vehicles was also constructed at the airport. Connector works from the terminal with the apron were completed in July 2011.

The new terminal building with an area of 54,000 square metres has four levels, 11 passenger boarding bridges and 64 check-in counters. The large arched roof structure is the main attraction of the building, with 15m long supporting metal beams.

The elliptical dome placed at the centre of the roof ceiling covers the main concourse completely.

Separate bi-level connecting areas are laid for passengers arriving and departing from the airport. These areas are specially designed as large glassed tunnels to help passengers go in the right direction. These tunnels connect passengers with the 11 departure gates.

The corridor which leads the passengers to the boarding bridges prevents mixing of arrivals and departures, making the flow quicker and easier.

The aircraft parking apron has a capacity to accommodate 26 planes at a time. An aircraft refuelling facility named Keroduct is installed from underneath the apron’s concrete pavement slab using an arrangement of pipelines.

This reduces the risks caused by fuelling trucks entering the apron parking. A vacuum sewer system is also installed in a similar fashion, making it easier to unload lavatory waste from the toilets of aircraft.

A building automation system installed inside the terminal prevents the wastage of energy using sensors which detect areas that are not being used. Thermal Sensitive Glasses with an area of 23,000 square metres allow natural day light inside, giving clear visibility and preventing temperatures rising inside the terminal.

The new terminal was built with an investment of $155m. It was jointly funded by Infraero, the Pernambuco state government and Embraer, a Brazilian aircraft manufacturer.

Proposal for the construction of a new control tower with an investment of $38.29m is being considered. Its construction, if approved, is expected to start in 2012 and complete by the end of 2013.