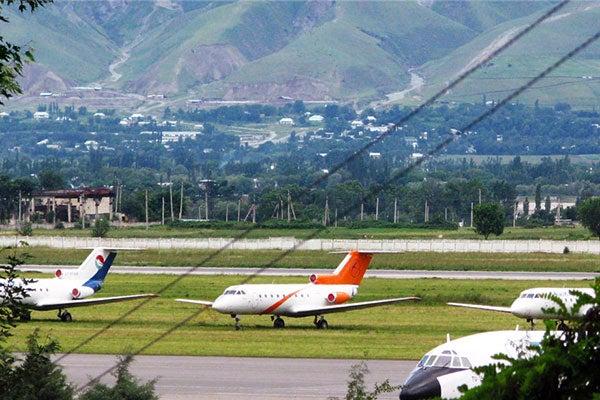 Dushanbe International Airport is one of the largest airports in Tajikistan. It is located 5km away from Dushanbe, the capital city of Tajikistan. It has a single runway (09/27), which is 3,112m long and paved with asphalt and concrete. The airport, which opened in 1924, is owned and operated by the Government of Tajikistan.

"The airport, which opened in 1924, is owned and operated by the Government of Tajikistan."

The airport handled 1.34 million passengers in 2012. It is a hub for airlines including East Air, Somon Air and Tajik Air.

A new international terminal was opened at the airport in September 2014. The existing terminal also remains operational after completion of the new terminal.

Tajikistan and France agreed upon the construction of a new terminal at the airport in April 2009. The total investment on the new terminal project was approximately €40m ($51.7m). It was funded with a €19m ($23.2m) loan from France while the remaining contribution came from Tajikistan. The aim of the project was to bring the terminal up to international air traffic standards.

Construction of the international terminal at Dushanbe Airport

The new terminal broke ground for construction in November 2012. The construction crews completed backfill work to end the collection and assembly of steel structures building by January 2013.

The construction of new terminal was completed in 20 months.

A contract worth €39m ($47.7m) for the design and construction of the new terminal was awarded to VINCI Construction Grands Projects in April 2012.

New Islamabad International Airport will be the first Greenfield airport ever constructed in Pakistan and will be named after the assassinated ex-Prime Minister Benazir Bhutto (decided in June 2008 by current Prime Minister Yusuf Raza Gillani).

VINCI Airports was awarded a project management contract in the same month. The contractual scope included providing the functional definition of terminal, offering assistance to teams from the airport during the studies and work, and providing staff training and assistance for the commissioning of the terminal.

"A new international terminal was opened at the airport in September 2014."

The airport has a train station located nearby, which can be reached within 20 minutes. Taxis and mini bus services are available to and from the airport to various parts of the city.