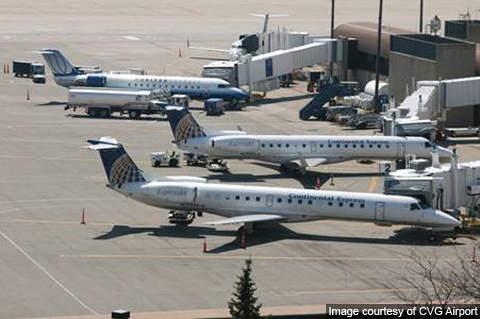 The Cincinnati / Northern Kentucky International Airport (CVG) is located in Hebron, Kentucky in the US. 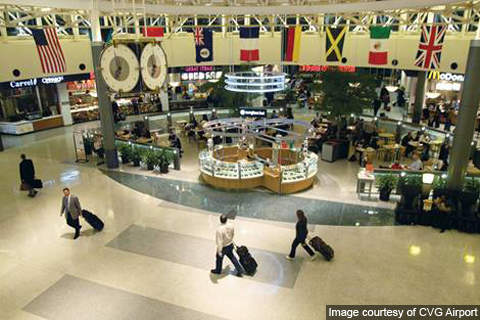 Terminal 3 is the biggest terminal and serves both domestic and international flights. 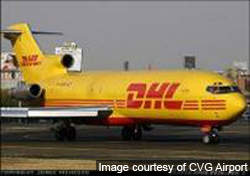 A DHL Express package-sorting hub was reopened in 2009. 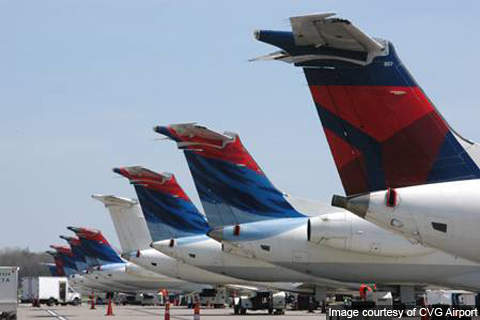 The terminal has three concourse areas designated A, B and C. 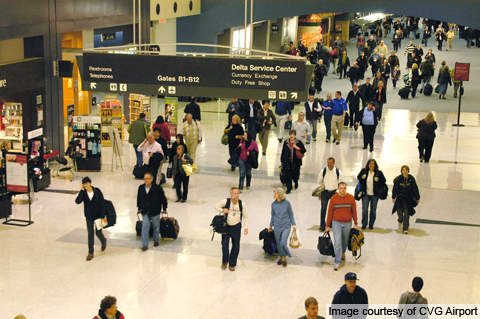 The Cincinnati / Northern Kentucky International Airport (CVG) is located in Hebron, Kentucky in the US. Established in 1947, the airport is spread over 7,000 acres. The airport operations are governed by Kenton County Airport Board. The airport handled 5.71 million passengers and recorded 137,671 aircraft operations in 2013.

Lockheed Martin signed an agreement with the airport for the installation of a passenger management technology at the airport. It will be first such full-scale installation in the US and will help CVG to enhance the passenger experience.

The airport has undergone many expansions since its opening. A $500m terminal expansion project was undertaken in 1994. The expansion included construction of the third terminal, new road and underground transportation systems. It also added concourses B and C which increased the number of airline gates to more than 100.

A DHL Express package-sorting hub was reopened in 2009. In November 2009, a new security checkpoint building was opened at terminal 3 at a cost of $25m. The building was constructed as part of the master plan update prepared in 2004, which called for consolidation of the security check for all airlines in one terminal.

The new building is equipped with conveyor belts and ten screening lanes. The security check point also includes an automated system to screen check the luggage. The system was procured at a cost of $16m.

The Transportation Security Administration (TSA) provided $700,000 for the construction of security building. All the security lanes were moved to the main terminal (Terminal 3) for smooth flow of lines.

"A DHL Express package-sorting hub was reopened in 2009."

The airport has three passenger terminals. Terminal 1 was temporarily closed for flight operations on 16 January 2007. It is being used by several airport administration offices. The facilities available at terminal 1 include a cell phone lot located west of the terminal, vending machines, free Wi-Fi, restrooms and an information board with 800 airline numbers.

Terminal 2 is a domestic terminal built in 1970s and has eight gates. It has six check-in counters, one security check point and two baggage claim counters.

Terminal 3 is biggest terminal and serves both domestic and international flights. It was initially used by Delta Airlines and its affiliates but all the airlines have now been brought to terminal 3 making it the main terminal. It has ten check-in counters and is also facilitated with kerbside check-in.

Concourse A has 23 gates. Concourse B was constructed in 1994 and has 39 gates. Concourse C is the largest concourse and has 79 gates. Concourse A was opened in 1987 and was closed in May 2010. It was reopened in 2012 with new seating and new bath rooms, loading bridges, Wi-Fi and work stations. Terminal 3 is interconnected by an underground tram system and buses. Several duty-free shops and restaurants are located at the terminal.

The terminal was upgraded in 2013 with new ticket counters, lighting, larger flight monitors and renovated bathrooms.

The Harper Construction Company was awarded a contract in the 1940s to construct 35,000 square yards of aprons, ramps and driveways at the airport. In 1970s the company undertook eight construction contracts.

"The TSA provided $700,000 for the construction of security building."

In the 1990s a contract for the expansion of terminal 3 was awarded to Harper Construction Company.

The second and third runways at the airport were also constructed by Harper Construction Company. The company executed 56 other contracts too for the airport.

Mesaba Holding undertook a $12.5m project to construct 126,000ft² aircraft maintenance facility and crew base at the airport in 1998.

The ValuPark is a long-term parking facility at the airport. The Terminal Garage parking lot offers covered space for 6,000 vehicles. Kerbside valet car parking is available at terminal 3.

Car rental companies such as Alamo, Avis, Budget, Dollar, Enterprise, Hertz, National and Thrifty have their offices at the airport.

Bus and taxi services are available to and from the airport. An underground shuttle service facilitates transportation between the terminals.

The terminal 2 will be expanded in future. The expansion will include removal of the existing passenger loading bridges at the terminal and installation of reconditioned apron drive PLB and new walkways.

In May 2010, The Kenton County Airport Board signed a 15 years maintenance, repair and operation agreement with Pemco. The agreement will bring 300 new jobs at the airport.