The Terminal 5 (T5) project at Changi Airport in Singapore is set to restart, after being stalled for two years due to the Covid-19 pandemic.

The resumption of the project comes amid a rebound in existing and anticipated air travel, stated Transport Minister S Iswaran while speaking at the Changi Aviation Summit in Singapore.

The airport’s passenger volume reached more than 40% of pre-Covid levels this month, compared with just below 20% in mid-March.

Iswaran noted: “We have taken the opportunity of the two-year hiatus to comprehensively review the T5 design to make it more modular and flexible, and enhance its resilience and sustainability.” 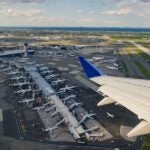 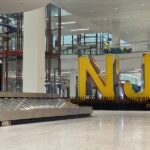 Plans are in place to begin work on T5 within two to three years, with the terminal expected to be ready by the mid-2030s, he added.

Iswaran continued: “Many airports had put in place expansion plans before the pandemic. These plans would now have to be revisited to safely, seamlessly and sustainably support a return to pre-pandemic rates of growth in air travel.”

Work on T5 was put on hold in 2020 to gain more insight into post-pandemic travel patterns prior to beginning the project.

The airport has four other terminals, of which terminals 2 and 4 were closed during the pandemic, while terminals 1 and 3 remained operational.

Terminal 2 is gradually reopening this year, and terminal 4 is expected to reopen soon, as long as there is demand.

Spanning an area of 1,080ha, T5 is set to be larger than the airport’s other terminals combined and will have an annual passenger handling capacity of 50 million.

The new terminal will add more than 100 gates to the airport, with tunnels linking it to the existing and satellite terminals.

Changi Airport was recently in the news for exploring the creation of a hydrogen hub in association with Airbus, Linde and the Civil Aviation Authority of Singapore (CAAS).