Aviation giants Boeing and Airbus have both confirmed that they will stop sending spare parts to Russia, in a move that could be a big blow to the Russian aviation sector.

U.S. aeroplane manufacturer Boeing announced yesterday that it was suspending parts, maintenance, and technical support for Russian airlines, as well as major operations in Moscow, following Russia’s invasion of Ukraine.

“We have suspended major operations in Moscow and temporarily closed our office in Kyiv,” a Boeing spokesperson said.

“We are also suspending parts, maintenance and technical support services for Russian airlines. As the conflict continues, our teams are focused on ensuring the safety of our teammates in the region.”

European multinational Airbus has also announced it has stopped sending spare parts to Russia and supporting Russian airlines. However, it is still analysing whether its Moscow engineering centre could continue to provide services to local customers in line with The West’s sanctions. 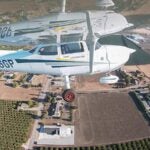 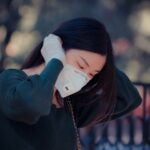 “Airbus has suspended support services to Russian airlines, as well as the supply of spare parts to the country,” an Airbus statement read.

“The Airbus Engineering Centre in Russia (ECAR) has put on hold all its operations for Airbus in line with sanctions. Regarding engineering services ECAR provides to its Russian customers, ECAR is analysing the export control sanctions to determine if this activity can be maintained in line with the sanctions.”

The moves by Boeing and Airbus follow widespread sanctions against Russia across Europe and North America, following the country’s invasion of Ukraine. The US has announced that as of today, it will follow the EU and Canada in banning Russian flights from its airspace, a move likely to trigger Russian retaliation. Russian flag carrier Aeroflot announced last week that it was suspending flights to Europe in response to the restrictions imposed by the EU.

US Transportation Secretary Pete Buttigieg said: “The United States stands with our allies and partners across the world in responding to Putin’s unprovoked aggression against the people of Ukraine.”