This move was taken due to reduced passenger traffic amid the Covid-19 pandemic. This will aid CAG to optimise resources and save on utilities, cleaning and other running costs.

Last month, CAG suspended the operations at Terminal 2 of the airport for 18 months, effective from 1 May.

The small number of airlines operating from T4 will operate from Terminals 1 or 3. 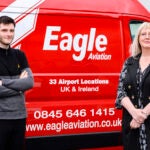 CAG also announced that the stores and restaurants in the terminal will be closed, along with the suspension of the shuttle bus service connecting to T3.

Operations in T4 are expected to resume based on the air travel demand and requirement of airlines who plan to relaunch flights at Changi Airport.

In addition, the airport’s Skytrain services are also reduced. Passengers and employees can use the MRT link bridge between Terminals 2 and 3 and the link bridges to Jewel Changi Airport.

The T1 and T3 taxi stands will be consolidated and several finger piers in T1 and T3 will not be in operation until demand picks up.

The food and beverage outlets at the airport are offering takeaways, meanwhile pharmacies and other essential services will remain open.

In February, Changi Airport announced that 68.3 million passengers travelled through the airport last year. This marked a year-on-year (YoY) growth of 4% in passenger numbers from 2018.