With demand skyrocketing, just where are these jam-packed airports, and what trends are keeping their terminals teeming with travellers? This special feature delves deeper into some of the busiest airports from countries across the globe, and asks why passengers are flocking there in droves.

The ACI list showed that Hartsfield-Jackson Atlanta International Airport remains the busiest airport in the world for the twentieth consecutive year, despite a dip in growth rate at -0.3%. For the third year in a row, it is the world’s only airport to host more than 100 million passengers annually.

A number of factors have kept Atlanta’s terminals teeming with passengers. The airport runs an extensive suite of domestic routes, and is within a two-hour flight of 80% of the US population. It’s also a major hub for one of world’s largest airlines, Delta, which operates more than 72% of flights from the airport.

With five airports on the ACI list, including Los Angeles International (with 84.6 million passengers) and Chicago O’Hare (with 79.8 million) the US continues to demonstrate its role as the world’s largest aviation market.

Overall, China is forecast to overtake the US as the world’s largest aviation market by 2020, partly due to a relentless appetite for travel from its residents. The country hosts more than 10 airports that handle at least 20 million passengers per annum.

Ongoing spending on aviation and tourism by governments has led experts to predict that the United Arab Emirates’ aviation sector will contribute almost Dh200 billion to the country’s coffers by 2020. As its fastest-growing airport, Dubai International has been a key contributor to this ascent.

Total passenger traffic at Dubai International Airport, the populous money-spinning hub for Emirates, rose by 5.5% in 2017. This was the lowest rate of growth for the airport in nine years, which experts attributed to economic slowdown in the Persian Gulf due to low oil prices. 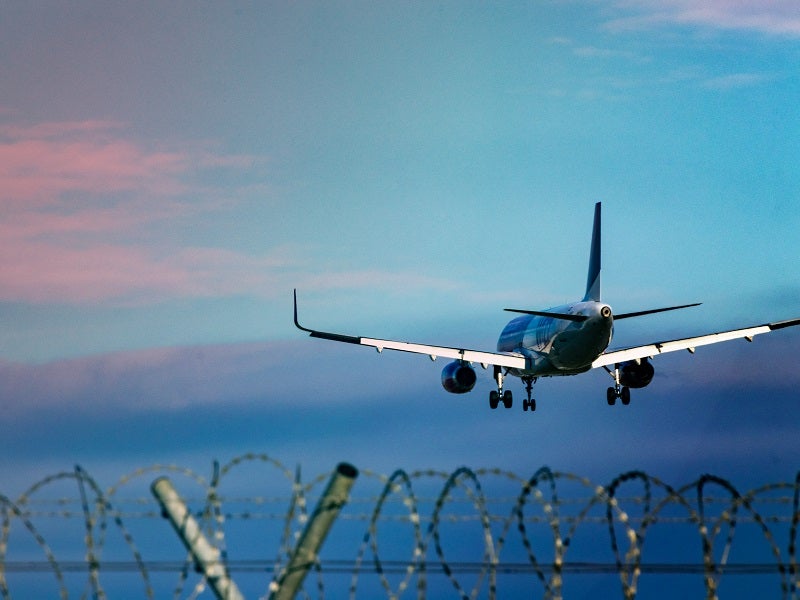 Nevertheless, Dubai is still the world’s busiest airport for international passengers, reflecting the draw of the so-called ‘jewel of the Middle East’ and its status as a connectivity hub. Dubai Airports chief executive Paul Griffiths predicts that growth will pick up again in 2019 as a result of new routes from regional airline flydubai.

The world’s fourth-busiest airport according to ACI, Tokyo’s Haneda Airport could soon replace Beijing to become the busiest airport in Asia as a result of growth and future expansion from international services.

After a period of mainly serving domestic and regional flights, Haneda was expanded with a new terminal and runway in 2010, allowing it to support long-haul international routes. With the Tokyo Olympics now approaching, the airport is set to receive approximately 53 new daily international round trips in 2020. Asia’s rapidly growing civil aviation sector and overall status as the largest growth market for the sector has Beijing and Tokyo vying for the crown.

London Heathrow is a key connectivity hub for flights to Europe and further afield, with some of its most popular destinations including New York JFK, Dubai and Hong Kong. National growth has also been concentrated around London, with the UK Department for Transport saying that passenger demand from England’s capital has increased by 36% over the last five years.

Heathrow is at the heart of Britain’s ongoing strategy to boost its international connectivity ahead of the nation’s departure from the European Union, which could present a number of business obstacles to airlines. At the time of writing, the UK Government is in a heated debate about adding a third runway to the airport, a move that could increase the airport’s capacity from 85.5 million to 130 million passengers.

Despite being located 25km northeast of Paris, Charles de Gaulle Airport is more than twice as busy as Paris Orly, which is around 13km south of the French capital.

Charles de Gaulle can be reached by major western European cities within two hours by air, and is a major hub for Air France and Skyteam, a global airline alliance consisting of 20 carriers from five continents. Indeed, in 2014, Paris Aéroport claimed that connecting traffic accounted for 30.6% of all traffic from the airport.

In January, the French Civil Aviation Authority said that passenger traffic through French airports had increased by 6.1% year-on-year in 2017, hitting 164 million passengers.

Amsterdam’s Schiphol Airport achieved Europe’s highest growth in passenger numbers in 2017, growing its throughput by 7.7%. With 6.4 million visitors last year, the airport was the third busiest in Europe behind Paris Charles de Gaulle and London Heathrow.

Schiphol stands out from other European airports by being the only one to operate six runways, boosting its commercial attractiveness to airlines such as Dutch carrier KLM. Its regional connectivity is also impressive; the small size of the Netherlands boosts the airport’s catchment area beyond the country’s borders.

And then there is the airport’s potential as an international hub. It’s possible to fly to more than 20 UK airports from Schiphol (a figure far greater than at London Heathrow) and it offers connections to hundreds of destinations worldwide.

Frankfurt International Airport is not only Germany’s largest airport, but also offers the most direct services to international destinations worldwide. From March this year, 99 airlines began flying to 311 destinations in 97 countries around the world.

The airport is Europe’s fourth-busiest, racking up more than 64.5 million passengers in 2017. Airport operator Fraport expects this number could rise to between 67 million and 68.5 million this year. Indeed, throughput in the first four months of 2018 has gone up by 8.7%.

Despite being throttled by devastating terrorist attacks in 2016, the Turkish aviation sector has bounced back again in 2017, with passenger numbers overall increasing by 11% to more than 193 million. Major international hub Atatürk served over 63.8 million of these passengers, having enjoyed continued growth over the years serving as a hub for Turkish Airlines.

Nevertheless, the sun is setting on the airport as a passenger destination, with incoming flights set to be transferred to Istanbul’s new airport from October. Currently under construction 35km northwest of the city and scheduled for completion in 2028, the new airport is expected to be the world’s largest with a capacity of about 200 million passengers.

Indira Gandhi International Airport saw the largest growth rate in ACI’s list of the 20 busiest airports for passenger traffic, jumping from 22nd place to 16th in 2017. Despite the mass influx of passengers, it was also ranked first in airport service quality for airports above 40 million passengers a year.