Almost two years on since the start of the Covid-19 pandemic, the airline industry is starting up again, with airports experiencing increasing numbers of passengers that, although great for recovery, have presented many issues.

From passenger lines lasting up to six hours to document checks causing confusion or lengthy Covid-19 testing procedures, the industry has faced many challenges when it comes to boarding and checking in passengers at pre-pandemic speed. This has led to Birmingham Airport proposing that double vaccinated passengers should not have to participate in Covid-19 testing.

Although the government have hinted that later this year fully vaccinated travellers will only be required to take lateral flow tests as opposed to PCR testing, Birmingham Airport has welcomed the changes, but stated that scrapping tests all together would be the right way forward.

Scrap the tests: the Benefits

Passenger volumes are gradually increasing at Birmingham airport, with nearly half a million passengers travelling through its terminals in August this year. Although only a small fraction of the passenger numbers the airport saw pre-Covid, extra layers of security checks, testing and document checks have meant that delays at the airport have become increasingly frequent.

Announcements in September regarding travel changes – which saw the traffic light system being scrapped and being replaced with a simplified red list – were welcomed by the airport. Alongside the traffic light system being removed, the updated rules state that fully vaccinated passengers will not have to take a Covid-19 test before they return to the UK from a non-red list country.

However, with passenger numbers predicted to increase, the airport has become concerned that if the passenger numbers do increase, the delays that passengers will face will also increase as well as the stress for staff carrying out checks. Although the UK Government’s relaxation of rules – which gives fully vaccinated travellers more freedom – is seen as a positive, those at Birmingham airport still believe that more needs to be done to simplify the system.

A press release from the airport reads: “The impact of Covid-19 and the current restrictions are still impacting travel, however volumes are certainly going in the right direction. Having more simplified rules with a single red list and cheaper testing will strengthen consumer confidence and allow the UK’s aviation industry to finally start to recover, whilst maintaining public safety.”

At the time of writing, more than 45 million people in the UK have had their full dose of the vaccine – which equates to around 78%. If testing lines were removed from the airport this would see a considerable number of passengers not being required to queue – reducing waiting times, long lines, and quicker boarding. 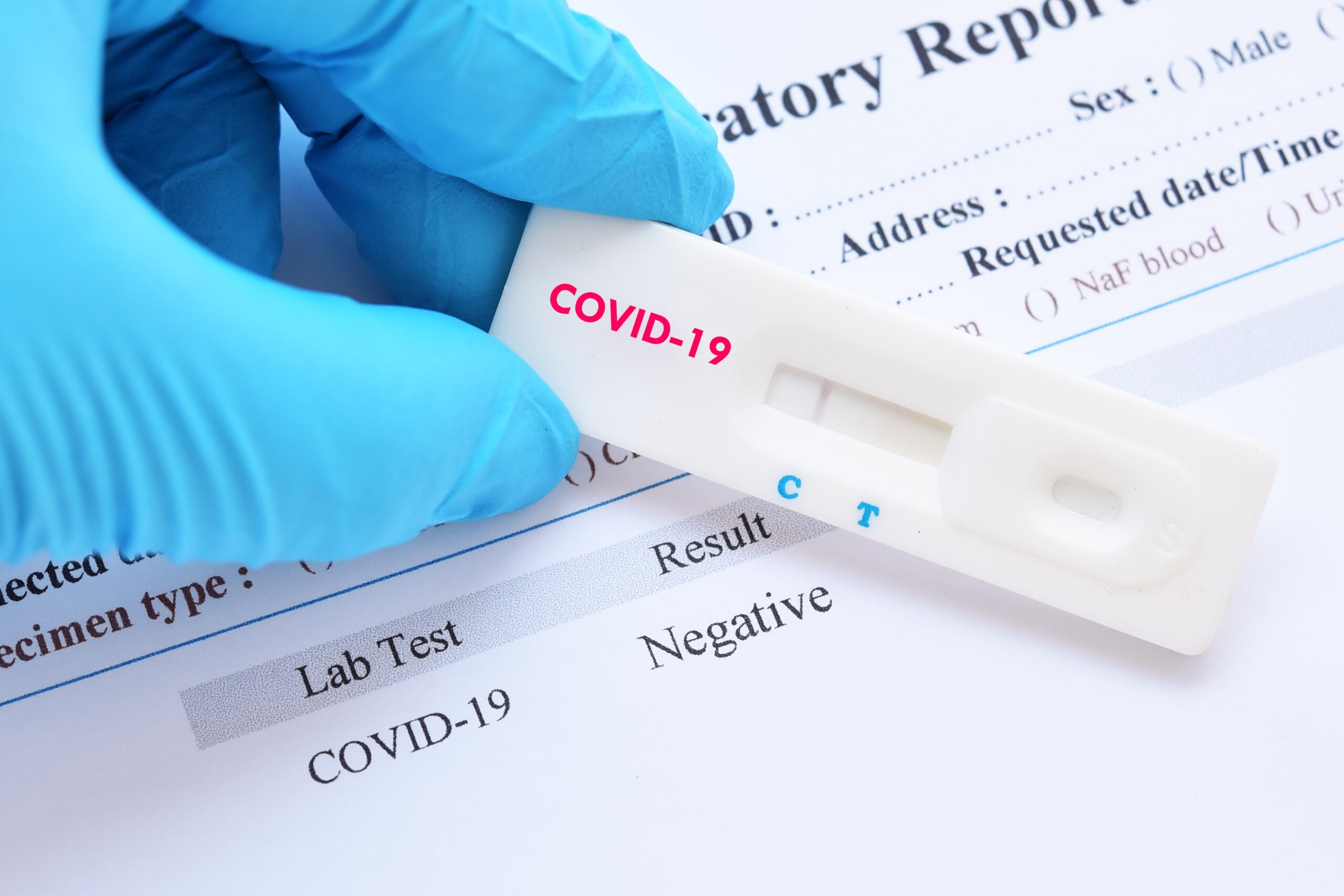 Alongside the benefit of time the airport would also save money when it came to purchasing Covid-19 tests due to a reduced number needed to be purchased. It could also be argued that passenger numbers would benefit from this decision due to the attractive nature of not having to spend money on a test or line up in hour-long lines.

Although the decision to remove testing for double vaccinated passengers comes with benefits there are also some setbacks surrounding safety. Even after being fully vaccinated there is still a possibility that individuals can catch the virus – although the risk is reduced – and become unwell. Paired with this, double-vaccinated individuals are less likely to spread Covid-19, however it is still a possibility.

A study that was carried out to explore the efficiency of testing requirements prior to travel tested more than 9,800 travellers with a negative PCR test 72 hours prior to departure from the US to Italy. Passengers were also given a rapid antigen test before and after the flight, which showed that only 0.05% with active infections were detected.

From this data a conclusion can be drawn which shows that a negative Covid-19 PCR test taken within 72 hours of international airline departure results in a reduced probability of active infection which will be identified on an antigen test during a commercial flight.

Commenting on the findings, Manasi Vaidya, a healthcare journalist at GlobalData, says: “The study showed that a single PCR test done 72 hours prior to departure was associated with a lower rate of active infection in the aircraft, compared to active community infection rates.”

However due to the study being carried out prior to the spread of the Delta variant, paired with large numbers of the population not yet being vaccinated, findings should be taken with caution.

When it comes to discussing the guidance and testing requirements for airports, Vaidya notes that due to an “optimal pretravel testing plan” still being unknown, decisions such as the one presented by Birmingham airport are challenging to comment on when it comes to predicting success.

“Fully vaccinated individuals can still get infected or spread Covid-19 through certain highly transmissible variants – albeit at a much lower rate than unvaccinated people.”

“The guidance for testing requirements is constantly evolving and depends on a number of factors like transmission rates at the point of origin or the destination, the type of available test and its cost, apart from an individual’s vaccination status. As such, it is difficult to make a blanket statement on the kind of risks this decision could carry, especially since the optimal pretravel testing plan is still unknown.”

“Lateral flow tests that are commonly offered at airports have been scrutinized for their utility in screening asymptomatic people, but fully vaccinated individuals can still get infected or spread Covid-19 through certain highly transmissible variants – albeit at a much lower rate than unvaccinated people as per the Centres for Disease Control and Prevention current guidance.”

Paired with the concern surrounding vaccinated individuals still being able to carry and pass on Covid-19, the issue surrounding vaccines not being authorised for children under 12 could also prevent setbacks to the airport’s proposal.

Vaidya explains: “While more adults are being vaccinated in Western countries, several in the Global South have fallen behind in their vaccination programs due to supply issues. Moreover, vaccines are yet to be authorized for children under the ages of 12 in most parts of the world. This leaves a significant group of individuals who remain unvaccinated, and consequently the need for testing remains.”

As the UK government continues to revisit, revise, and debate travel regulations and guidelines for the industry, maybe a test-free future will be on the horizon for airports such as Birmingham.