Automation is hardly a new concept for the aviation industry. For several years, on-board datalink systems have transmitted aircraft information to ground control centres, while autopilot is routinely used to direct flights. Singapore’s Changi Airport recently pumped investment into automation at its newly opened Terminal 4, which features so many ‘do-it-yourself’ systems for passengers that human employees are now an unexpected sight.

In the world of air traffic control (ATC), a series of automated solutions are deployed to provide controllers with more accurate information earlier, help increase visibility at airports, and enhance communications with pilots. Communication, navigation and surveillance tools help ATC controllers to fulfil their primary responsibility of preventing collisions between aircraft.

Nevertheless, as these tools become more and more vital to safety and increased efficiency, the industry is asking questions about the controller’s role and how this is both positively and negatively impacted by the increasing role of automation.

UK air navigation services provider NATS tracks and controls aircraft moving through airspaces across more than 30 countries worldwide, including 14 airports in Britain. With the number of flights handled increasing exponentially every year, the pressure is also rising for controllers. This creates a higher potential for human error and makes the role of automated assistance even more important.

“Airports can now erect camera masts and microphones that transmit data to a separate control centre.”

May cites visibility as an area where automation systems currently provide a major boost. An ATC tower window serves as the main source of information to controllers while they give clearances to aircraft landing, taking off, or taxiing to and from the stand. Nevertheless, obstacles such as hangars and stands, poor weather conditions, and runways that stretch into the horizon can make their job more difficult.

Controllers therefore use radar displays to supplement their awareness. Automated warnings, such as those provided by a short-term conflict alert system, let the controller know automatically if an aircraft or vehicle is attempting to enter a runway when it is already occupied.

However, the introduction of remote digital towers – already seen at the UK’s London City and Singapore’s Changi airports – is helping to further enhance visibility. Airports can now erect camera masts and microphones that transmit data to a separate control centre, which can sometimes be hundreds of miles away. Once the view of the airfield is stitched back together in the form of a live image, this can be augmented with operational data such as radar tags, which can be placed on individual aircraft and show the location of closed taxiways.

May says that control tower assistants, which currently carry out a number of roles, could also have their workload reduced by automation. For example, assistants at London Heathrow operate runway lighting panels at night to taxi aircraft – a role that requires constant vigilance to ensure that aircraft don’t head down the same taxiway at once. An automated system, May adds, could help work out the best possible routes for aircraft at night.

“That will provide us with efficiency benefits because we can use that system to work out more accurately how long it takes an aircraft to taxi from stands to holding points,” he says. “There are going to be environmental benefits from doing that, because it means that aircraft will have their engines running for shorter times.” 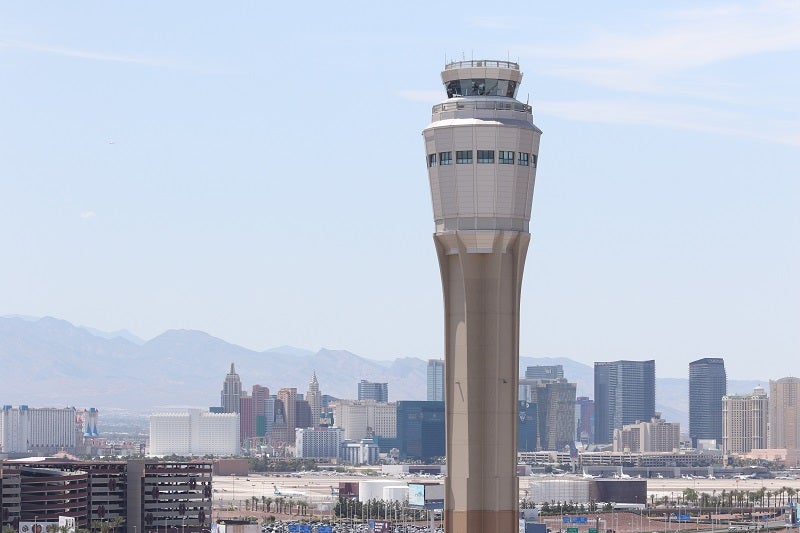 In the past, commercial aircraft passing through the majority of airports would be tracked by flight progress strips containing vital information about each aircraft, including call signs, speed, altitude and destinations. However, these strips are steadily bowing out in light of more digital tracking methods.

In the UK, NATS has been steadily deploying its extended computer display system (ECDS), which recreates the strips used by controllers in an electronic format. While moving aircraft from one airspace to another used to require a telephone conversation, this process is now automated, reducing workload and increasing capacity.

In March 2015, London Heathrow became the first airport in the UK to start using time-based separation procedures for aircraft, which are usually required to fly a certain distance apart. With the new system, computer-generated indicators are projected onto a radar during an aircraft’s final approach to provide controllers with better guidance on minimum separation limits during strong headwinds.

“The benefit is that we can get more aircraft landing in a certain amount of time than we were previously when we were limited by the distance between the two aircraft,” says May. “This means that there are less delays and cancellations for passengers and the airport can continue to run very close to normal, even in high-wind situations.”

Currently operational at control centres near some of the US’s biggest airports, STARS offers enhanced tracking of aircraft through automatic dependent surveillance-broadcast systems, as well as a data block feature that automatically lists the number of aircraft in airspaces.

“I think what you see now is the first time we’ve actually got the wherewithal to integrate decisions that are not just local but they can have implications regionally,” says Steve Bradford, chief scientist for architecture and NextGen development at the FAA.

Risk of automation in ATC

While automation is already providing operational benefits for controllers, any move to introduce further automation comes with its risks. May says that one of the biggest problems with automation is that it can fail, and it’s therefore necessary for the system to make clear to operators when it has malfunctioned (and for controllers to recognise when this has happened).

Launching new systems is a case of ensuring controllers are trained properly to use it, and that safety nets are in place if things go wrong. For remote digital towers, May says that NATS ensures that there is dual and triple redundancy in everything it does, and that there are multiple camera systems and methods for data to enter the control room.

“If you’re going to give the controller information to use, we need to train them on how to use and manipulate [this] information,” says Bradford. “We can apply the software more quickly than we do, but we take the time to train facilities [to use them].”

Could air traffic controllers be replaced by automated systems altogether one day? Both experts say that although the systems are proven to increase efficiency, for the next 20 years at least, humans will remain in charge.

“I think we can reduce the load on the controller and perhaps makes things more efficient but we’ll always have controllers,” says Bradford.