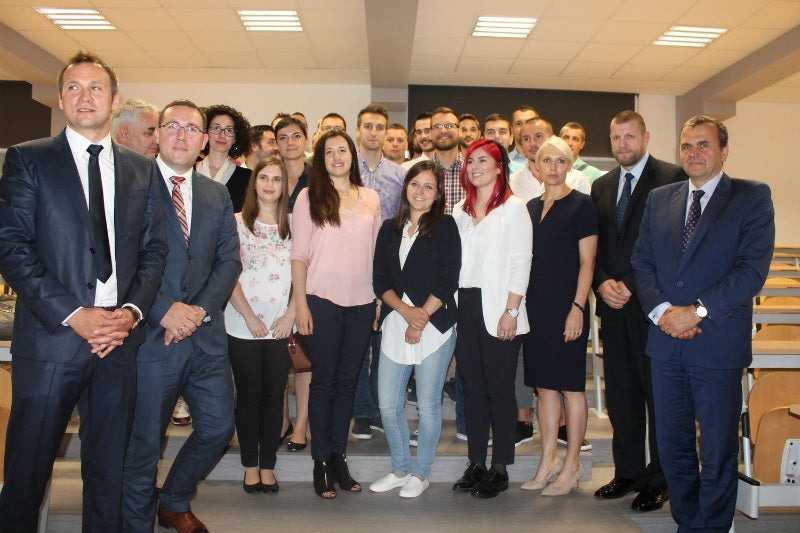 Czech Air Navigation Institute (CANI), training centre organised under Air Navigation Services of the Czech Republic (ANS CR), has been selected for the provision of personnel training of BHANSA. CANI committed to train 69 air traffic controllers during the next three years.

All participants stressed the importance of the project which will enable Bosnia and Herzegovina to control its upper airspace and which was rated the largest of its kind in Europe. Davorin Primorac- Director of BHANSA expressed his satisfaction with the fact that such a significantly important project is realised with a Czech partner.

"BHANSA as the youngest service provider in Europe, with the signing of this contract is one step closer to achieving its strategic goal – to begin providing services in the entire airspace of Bosnia and Herzegovina, which is planned for the end of 2019," confirmed Mr. Primorac.

Mr. Ismir Jusko, Minister of Communications and Transport pointed out the greater strategic benefit of having their own air traffic controllers who can take over the work which has been done by neighbouring countries (Croatia and Serbia).

Jan Klas, Director of ANS CR, thanked for the exceptionally good cooperation between BHANSA and ANS CR and expressed his satisfaction with the support that the project has received from the Ministry of Communications and Transport. He stressed the importance of this project for the Czech Republic as well as for ANS CR.

"This is a historical contract for the Czech Republic, but also for the company I lead, not only because of the financial level of the contract, but because of the importance of taking over the airspace of our BiH partner. We are proud that we are part of this project, and we are glad to see political support, as well as the readiness of the team of BHANSA to work together on this project," said Jan Klas.