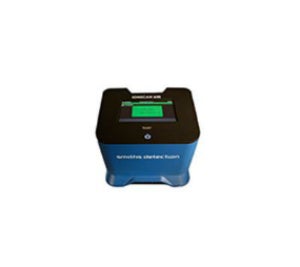 ECAC ruled that the IONSCAN 600 meets the Explosives Trace Detection (ETD) EU standard for passenger and cargo checkpoint screening and is the first UK-built detector to pass the rigorous testing protocol which sets standards for the performance of security equipment throughout the EU.

Barrie Foley, Vice President EMEA, Smiths Detection, said: "This is a major milestone for the IONSCAN 600, so soon after its launch. ECAC approval provides reassurance to our EU customers and beyond that the IONSCAN 600 meets the rigorous EU standard for both passenger and cargo checkpoint screening."

Its portable design, combined with ease-of-use, reduces the cost and time of screening for all explosives. The 600 version’s breakthrough feature is a proprietary non-radioactive Ion Mobility Spectrometry (IMS) source which eliminates the need for special licensing, handling or disposal requirements. This significantly reduces the administrative and compliance burden for customers.

Weighing just 23 lbs (10.4 kg), the IONSCAN 600 is equipped with a built-in handle, making it easy to carry. Its hot-swappable batteries provide continued sampling and analysis capability, allowing it to be moved while still in use, and low cost, single-use sampling swabs dramatically reduce operator costs.