Tracing its roots back to 1920, Smith Electric Vehicles is a global leader in new technology commercial electric vehicles. Smith produces the world’s largest range of road-going commercial EVs, from compact airport tow tractors to light and medium duty trucks. The vehicles deliver top speeds of up to 50mph, a range of up to 120 miles and excellent payload capabilities. Smith vehicles are designed for lower mileage operations such as airport applications; customers include TNT, DHL, Royal Mail, Sainsbury’s Online and Balfour Beatty.

Vehicles are produced at Smith’s facility in Washington, UK, for customers throughout Europe, Scandinavia and the Asia-Pacific region. Smith Electric Vehicles US Corporation (Smith US) owns the licence to produce and market the Smith Newton electric truck in North America. Based in Kansas City, Missouri, Smith US has already delivered electric trucks to major fleet operators including Coca-Cola, Staples and AT&T. In 2010, Smith US announced orders from Frito-Lay for 176 Smith Newton trucks and from Staples for 41 Newtons.

Based on the Ford Transit, the Smith Edison was launched in April 2007 and remains the world’s best-selling electric light commercial vehicle (LCV). It is available in a wide range of chassis configurations, as either a panel van or chassis cab. Edison was the first electric LCV with a GVW of under 3,500kg – so like any normal LCV under 3,500kg, it does not require a commercial class driving licence.

This high performance commercial EV provides a top speed of 50mph and a range of up to 100 miles on a single charge.

Also based on the Ford Transit minibus, the Smith Edison minibus is available in 13, 15 and 17 seat configurations, making it ideal for airside passenger and crew transfer, or an employee shuttle bus. Like the cargo version of Edison, the minibus delivers a top speed of 50mph and a range of up to 100 miles on a single charge.

Smith Electric also manufactures the Jumbo Tugs range of robust and durable airport tow tractors. Zero emission at the point of use, these clean, efficient vehicles are perfect for transporting airport baggage and ground support units. Smith Jumbo Tugs have an all-steel chassis and heavy duty controls with thermal protection. Highly manoeuvrable and easy to maintain, they come with a robust, long life battery pack and are available with towing capabilities of 6,000kg to 20,000kg. Hard-working and dependable, these vehicles are comfortable and easy to operate. Designed to perform in virtually all climates, Jumbo Tugs are the tow tractor of choice for airport operations around the globe.

In the UK, Smith is the market leader in the service and maintenance of commercial EVs, employing 130 mobile service engineers, who maintain more than 5,000 vehicles. Outside of the UK, Smith has already appointed full service distributors in the Benelux region, France, Spain, Ireland, Iceland, Hong Kong and Southern China, with more to follow.

As pure EVs, all Smith products are zero emission at the point of use, helping to combat air pollution from the airport’s commercial vehicle fleet. Smith vehicles are usually recharged overnight, meaning they do not place any additional pressure on power stations; almost all countries produce an oversupply of electricity at night, which at present goes to waste. Even when recharged during the day, Smith vehicles still deliver a substantial mile-for-mile CO2 versus the equivalent diesel or petrol-powered vehicles. 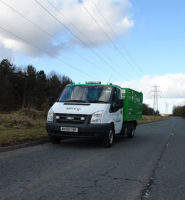 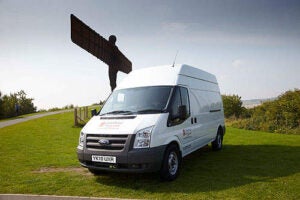 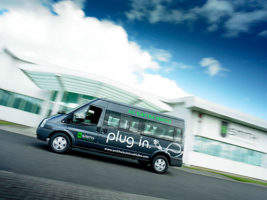 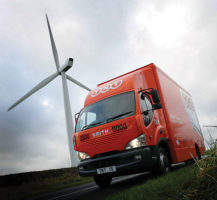 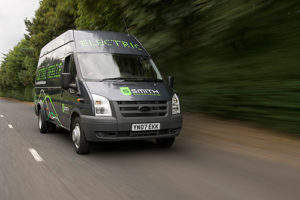