The Sepura Group Keeps Communication Flowing at the Olympic Games 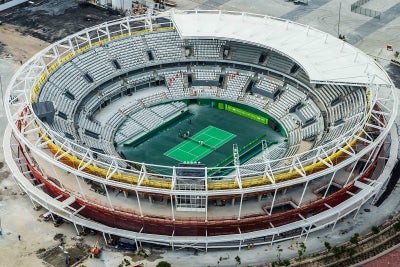 Teltronic, part of the Sepura Group, has been selected by the public security secretary of Río de Janeiro State, Brazil, to provide communications for the Summer Olympics and Paralympics, informally known as Rio 2016.

The agreement with Teltronic will see an extension to the traffic capabilities of the existing Teltronic network currently used by the Rio police, as well as the installation of further Nebula base stations to provide additional coverage for the state police and emergency services, and the Olympics organisation workforce.

The existing network was originally provided by Teltronic for the Pan American Games in 2007 and, after some upgrades, is now supporting over 100 dispatch operators and more than 18,000 radios. This new upgrade for the Olympics will feature two extra TETRA carriers for each site, to update the capacity of the existing network; base stations with up to 12 TETRA transceivers to support high traffic loads throughout the event; a CeCoCo Control Centre, to accommodate a further 50 dispatch operators; an additional 6,000 terminals featuring Teltronic’s Synchronous Data Manager application to pare down the GPS refresh time in AVL applications; and 24/7 maintenance and operational support during the Games.

"This win builds on our long-term relationship with the Brazilian authorities and public safety agencies," said Paulo Ferrao, the Sepura Group’s sales director for Brazil.

"We have a strong background in events of this scale, having supported communications for the FIFA World Cup 2014 and the Pan-American Games, both huge events in the sporting calendar of Brazil and, indeed, the world. We are delighted that Rio de Janeiro’s public safety agencies have, once again, placed their trust in us."

Superintendent of critical communications at the Security Secretariat of the State, Colonel Alexandre Corval, commented: "We are extremely happy to have chosen Teltronic.

"The company has been a trustworthy partner to our public safety agencies for over ten years. Once again, they have exceeded our expectations in terms of technical development, quality of the deployment and, above all, their dedication to customer service: throughout the project, they have paid close attention to our technical and operational requirements.

"We are confident that this extension to the existing Teltronic TETRA system will optimise our mission-critical communications, enhancing the security of both visitors and employees throughout Rio 2016."

Completed in 2005, DMR is an open, multi-vendor ETSI PMR radio standard which covers conventional and trunked modes of operation.

Image Messaging from the Control Room to the Field

Sepura's IMAGE is a productivity application designed to increase the efficiency of organisations where fast, clear and accurate information transfer is vital for mission and...

In high-risk environments, clear, accurate communication is a vital and a strategic element of worker safety. But a powerful voice and data network can have...

Data is Your Competitive Edge

Whether your operations are business or mission critical, data can add significant value. Real-time information provides the vital link needed to make better decisions and...