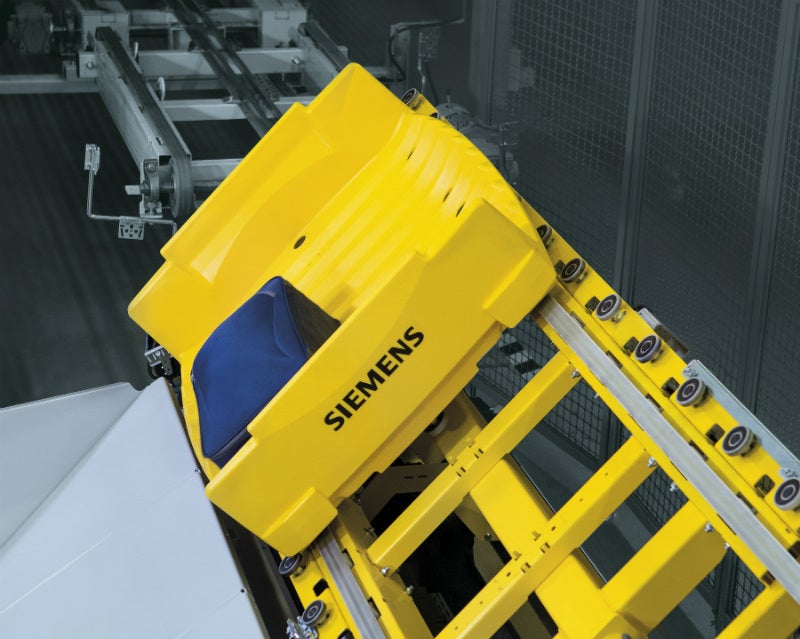 Siemens Postal, Parcel & Airport Logistics (SPPAL) has extended and enhanced its entire tray portfolio for baggage handling systems. The solution for airports with large numbers of transfer passengers is a world leader in respect to energy efficiency, speed and throughput: with their
unique design, the Siemens trays can reach top speeds of up to ten meters per second. The new systems have some of the highest throughput rates worldwide, for example up to 19,200 baggage items per hour at Terminal 3 in Beijing.

The energy efficiency of the baggage handling solution sets a benchmark for the entire industry as the conveyor belts under the trays run on rollers to prevent sliding friction between the belts and the conveyors. The considerably reduced weight of the new trays helps to lower energy
costs even further. Thanks to their robust design featuring a guiding roller and, depending on the model, an additional steel running surface, wear and tear are kept to a minimum. This results in above-average operating times, which in turn has a positive impact on lifecycle costs.

To meet the specific needs of its customers, Siemens offers trays in different sizes: small, medium, and an out-of-gauge version for transporting bulky items such as surfboards or skis. A screenable tray allows the integration of state-of-the-art X-ray devices to further increase security at airports. All trays are equipped with radio-frequency identification (RFID) and reach the right destination with an almost 100% reliability rate. The extra-high back ends prevent bags from slipping off and make for a particularly smooth and safe transportation.

Besides the trays themselves, Siemens has also enhanced the entire tray system with important innovative modules, as well as further developing existing components. In doing so, it has focused on space-saving solutions that make the best possible use of valuable floor space at airports:

In the early 1970s, Siemens was the first company to utilise trays in baggage handling systems. Since then, it has installed systems like these all over the world with a combined length of several hundred kilometres. European customers include the international airports in Frankfurt, Milan, Paris, and Madrid. In the Middle East, Siemens has built one of the world’s largest tray systems for Dubai International Airport. In Asia, the airports in Kuala Lumpur, Beijing and Incheon in South Korea operate tray systems from Siemens. Another installation is at the parcel service provider UPS in the US city of Louisville.

A string of recent orders testifies to the high level of ongoing demand for this Siemens solution. At present, the new terminals of the aviation hubs in Incheon and in Guangzhou (China) are being equipped with state-of-the-art tray systems from Siemens. Experienced Siemens specialists work together with the customer to determine which technology is best for which airport. This mostly depends on the volume of passengers and the
complexity of the processes.