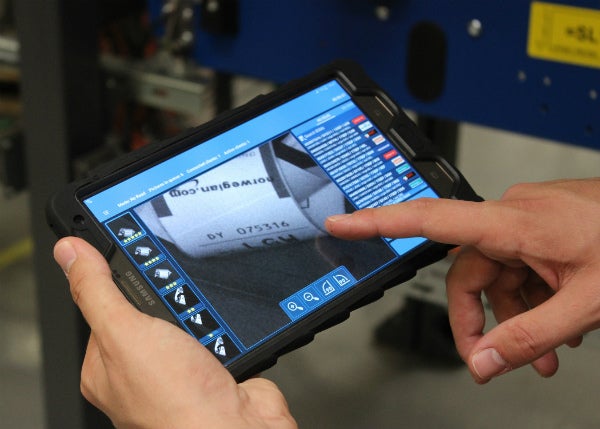 Delegates will be able to experience optimised transfer baggage handling with a live demonstration of a Video Coding System and take a virtual-reality tour of the advanced CrisBag® tote-based baggage handling system. The BEUMER Group stand will also feature the autover® Independent Carrier System (ICS) with the latest intelligent autoca® carrier for transporting CrisBag® totes as well as bags ranging from standard to out-of-gauge sizes.

The Video Coding System (VCS) combines cameras installed on the sorter with controls from BEUMER Group’s Airport Software Suite to eliminate the need to divert bags with no-read tags to a Manual Encoding Station (MES). The VCS technology allows the bag to remain on the sorter whilst it sends an image of the tag to an operator for remote encoding at a workstation or via a tablet. The additional benefits of the VCS, including increased flexibility during peak coding periods, are outlined in a recent BEUMER Group White Paper.

The BEUMER Group stand will also feature the autover® independent carrier system with the latest intelligent autoca® carrier. This enables airports to improve flexibility and process efficiency by ensuring accurate, gentle and reliable baggage handling across a wide range of bag sizes. The autoca®’s ability to carry totes also offers unique integration with CrisBag®, which is one of the world’s most widely installed tote-based baggage handling and transport systems.

Klaus Schäfer, managing director of BEUMER Group, said: "These systems enable airports to make significant improvements in their baggage handling processes resulting in improved efficiency in addition to contributing to enhanced passenger satisfaction by reducing in the number of mis-handled bags."