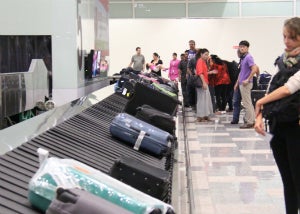 BEUMER Group has been contracted to design, deliver, install and commission an upgrade to the international arrivals baggage reclaim carousels at Glasgow Airport in Scotland.

The contract, which was awarded to BEUMER Group as the principal contractor, forms part of Glasgow Airport’s strategic plan to create a modern, attractive airport, and to support future growth in passenger numbers.

The existing carousels in the international arrivals baggage hall were based on obsolete legacy equipment, which was no longer supported by the manufacturer. This scenario compromised both the airport’s ability to maintain the carousels, and the overall reliability of the system.

BEUMER Group is on track to have the new international arrivals baggage reclaim carousels fully operational by May 2016.