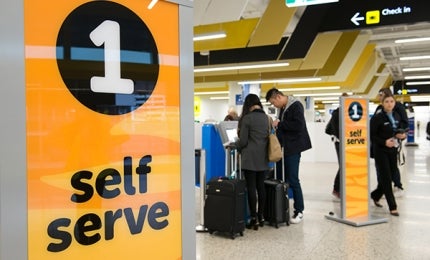 The second busiest airport in Australia, Victoria’s Melbourne Airport commissioned a new domestic terminal in August 2015. The move marks the start of a $1bn phased-expansion announced in 2012 as part of Melbourne Airport‘s biggest transformation project, which will see an investment of up to $10bn over the next 20 years.

The new terminal (T4), built with a capacity to handle ten million passengers a year, is meant for three airlines, which include Tigerair Australia, the low-cost carrier which has already started services, and Jetstar and Regional Express (Rex), which will start services in the near future.

The larger investment is aimed to strengthen the airport’s position in domestic air travel and also provide a significant boost to Victoria’s economy by creating employment during the construction and operation of the airport.

"The larger investment is aimed to strengthen the airport’s position in domestic air travel and also provide a significant boost to Victoria’s economy."

It will further involve the development of the airport’s road network, including upgrade of existing roads and construction of new road system such as the airport drive, which will connect the airport to the Western Ring Road.

Construction details and facilities of the Terminal 4

The new terminal construction began in late-2013 and took two years to complete. It utilised approximately 6,500m³ of concrete, which is equivalent to five Olympic-size pools, and employed an average of 240 workers a day.

Brisbane Airport, Australia’s third biggest airport, is getting ready for its biggest redevelopment and expansion project since its opening in 1988.

The departure lounge has a seating capacity of 1,200 and features floor-to-ceiling windows, which provide a sweeping view of the airfield. It features 30 retail and food and beverage stores that offer a variety of shopping and dining options for the passengers. Large electronic display screens are installed in the terminal to provide flight information.

The contract for the construction of the new terminal along with an integrated transport facility was awarded to Leighton Contractors in October 2013. The $370m contract is being delivered by Leighton in partnership with its subsidiary Broad Construction. It involves the construction of a seven-storey car park, an underground service tunnel, elevated roads and ramps, electrical substation and ancillary infrastructure.

Australia-based company Root Projects was awarded the contract for managing the design, documentation, tendering and contract administration for the terminal and airside works.

Arup was contracted to deliver building and infrastructure design services for the Southern Precinct project.

Other infrastructure developments at Melbourne Airport

A new taxiway, named as Victor, is being constructed at the south-end of the main terminal area. It will add 45,000m² of area and cater to the increasing flight traffic at the airport.

The southern apron is being expanded with the addition of three new freight stands to support freight operations and provide stand-off parking for aircraft. The apron will create 21 new aircraft parking bays for the daily operations at T4. Construction is expected to be completed by the end of 2015.