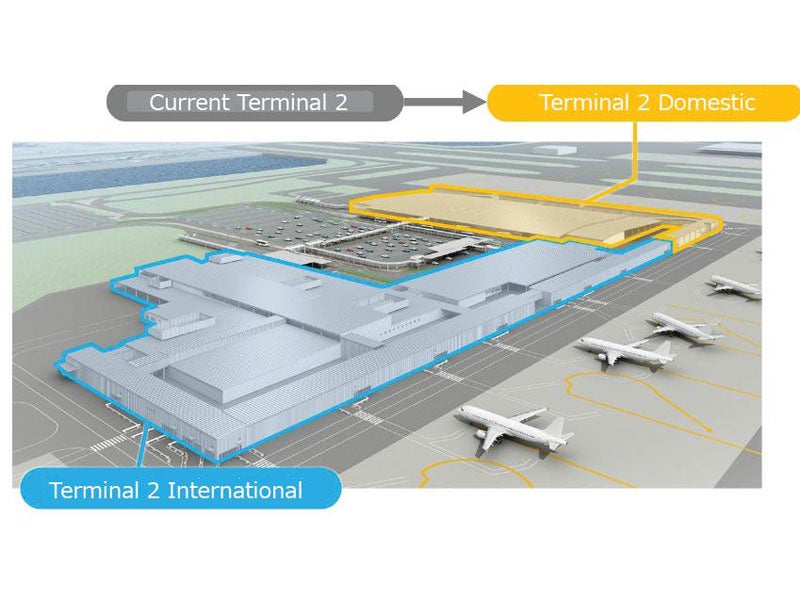 Kansai International Airport (KIX) in Japan completed the expansion of its Terminal 2 in January 2017. The expansion is the first major development at KIX after its acquisition by Kansai Airports in April 2016.

A consortium of VINCI Airports (40%) and ORIX Corporation (40%), Kansai Airports will operate the airport for the next 44 years.

The newly expanded terminal will cater to the growing passenger numbers at the Kansai airport, which handled more than 23 million passengers in 2015. It will offer low-cost carrier (LCC) services to a number of domestic and international routes.

The terminal will also provide a new level of passenger experience with improved shops and services, as well as enhanced security features.

The expansion project added a new international area to the existing Terminal 2, which is now divided into two areas. The new Terminal 2 International extension added 36,000m² to the terminal complex, increasing the total size of the terminal to 66,000m².

The existing terminal area has been dedicated to domestic operations and named as Terminal 2 Domestic. The terminal now has the capacity to handle 2.85 million passengers a year on international routes, and 5.5 million domestic customers.

A total of 11 new aircraft gates were also added to the terminal, bringing the total number of gates to 21.

Clear signage with names of the newly formed areas is displayed within the terminal to help passengers to find their check-in areas.

A reconfigured car parking area, which can now accommodate 700 more cars, has also been added to the terminal, increasing the airport parking capacity to 1,600. The car parking area further provides easy drop-off and pick-up locations.

"The expansion project added a new international area to the existing Terminal 2, which is now divided into two areas."

Four new bus stops, two for arrivals and two for departures, have also been added in order to improve the ease of navigation for passengers.

Features and facilities of the new terminal

The departure area in the new terminal features a new walkthrough duty-free area, which occupies 1,000m² of the total 1,640m² shopping area. The duty-free area lies at the centre, while the rest of the shops, restaurants, ATMs, traveller’s insurance vending machines and money exchange counters surround it.

KIX became the first airport in Japan to implement the new layout, which features the walkthrough shopping concept. The layout allows passengers to have more time to shop and eat after passing through the stream-lined smart security system and immigration.

Passengers can enjoy regional food at two restaurants within the terminal that offer Japanese and Kansai area special dishes. Other restaurants offer a variety of cuisines from across the world to cater to a greater number of travellers using the airport.

A 17m-long smart lane screens passengers using body scanners and walkthrough metal detectors (WTMDs). It also screens their cabin baggage, which is moved through the lane in automatic moving trays, avoiding the need for human intervention in moving the baggage.

The long lanes allow multiple people to be screened at a time, reducing the waiting time. They also provide sufficient space to take-off and put-on outer garments such as coats and jackets.

With a processing capacity of 300 passengers an hour, the smart lane doubled the security screening capacity at the airport. To optimise the process, boarding pass check will be conducted, while the passenger stand in queues leading to the security lanes.

Body scanners are specifically used for those who set-off the WTMD alarm or suspected to carry arms. They enable less intrusive and faster screening process compared to the traditional security screening processes such as manual pat-downs.

Another component of the smart security systems is the in-line luggage security check, which eliminates the need for passengers to carry their luggage to the X-ray machine area. Using a conveyor belt, the luggage from the check-in is moved to an X-ray machine, which checks the content and moves it towards the aircraft.