Thales and Tanzania Civil Aviation Authority (TCAA) have completed the delivery of the Air Traffic Management (ATM) system and radars for six of the country’s airports.

The systems were delivered under a contract, which was signed in August 2017, with an aim to improve Tanzania’s air traffic safety and efficiency. 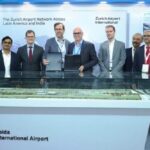 It will also enable controllers to manage variations that can impact air traffic control decisions at any time, such as traffic volume and weather changes.

TCAA director-general Hamza Johari said: “Implementation of the Tanzania Radar Project with Thales has realised the intended surveillance objective of the Tanzanian airspace through enhanced safety, security and efficiency.

“The associated automation system has enabled more efficiency in managing revenue collection obtained from aircraft movements database. Through this successful project, TCAA is able to escalate ICAO standards to the highest level.”