London’s Gatwick Airport has resumed operations after the facility closed for approximately 36 hours due to the threats posed by illegal drones flying near its runway.

The drone operator has not yet been identified. However, the strong security measures deployed in and around airports prompted airlines to restart operations.

The airport said that a limited number of aircraft had taken off and landed from 6am this morning. However, it cautioned passengers to expect continued delays and cancellations.

In a statement, the airport said: “Gatwick continues to strongly advise passengers to check the status of their flight with their airline before travelling to the airport. 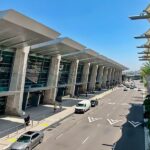 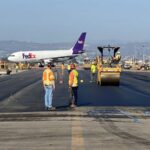 News
Oakland Airport concludes $30m taxiway rehabilitation project
Data Insights
View All
“Our priority today is to get our operation back on track so that people can be where they need to be for Christmas.”

“Overnight we have been able to work with partners, including government agencies and the military to put measures in place, which have provided the confidence we needed to re-open the runway and ensure the safety of passengers, which remains our priority.

“Our priority today is to get our operation back on track so that people can be where they need to be for Christmas, and we will update as more information becomes available throughout the day.”

The runway closure has led to uncertainty for thousands of passengers and at least 100 of the 753 scheduled flights on Friday were set to be cancelled, reported the Guardian.

Transport secretary Chris Grayling told BBC Radio 4’s Today programme that it was ‘a new kind of attack’ and the perpetrator would face a substantial jail sentence.