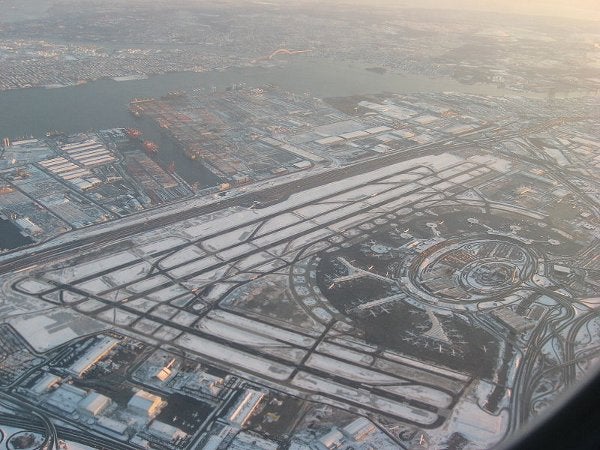 The project is part of the authority’s rehabilitation of the airport’s runway surfaces, which is scheduled to begin in March 2012.

PANYNJ executive director Pat Foye said: "Our goal is to move people as efficiently and safely as possible."

"No one benefits from airline delays, least of all passengers, whether they are travelling for business or pleasure," Foye said.

"Our objective in adding high-speed runways is to help more passengers leave their departing city on time so they can arrive at their destination as scheduled."

The new taxiways will be more gently angled, similar to those found at the nearby John F. Kennedy International Airport, allowing faster runway exits and faster movement from runways to gates while maintaining safety.

Traditionally, taxiways are built at sharper angles which force planes to take more time exiting the runways due to their need to decrease their speed.

The new high-speed taxiways will complement the airport’s 10,000ft runway 4R-22L which handles 190,000 takeoffs and landings per year.

The runway is also due to be rebuilt with new asphalt, its electrical system will be refurbished and two existing taxiways will be restored at an expected cost of $42m.

"These projects fit in with the agency’s core mission of improving our transportation infrastructure, while helping to generate economic activity during these challenging times," Samson said.

PANYNJ has awarded a $32.2m construction contract to Tilcon New York to add the new taxiways and refurbish the runway and the project is expected to be completed by May 2013.