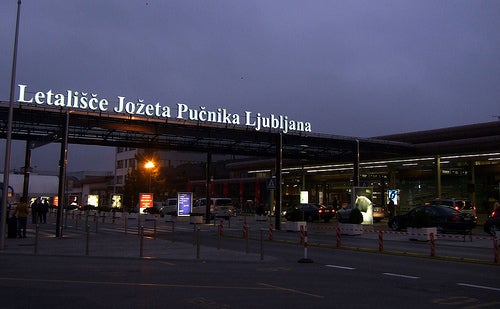 Aerodrom Ljubljana, operator of Ljubljana Joze Pucnik Airport in Ljubljana, Slovenia, is to spend €70m on building a new terminal to cater for an expected increase in passenger traffic by May 2015.

The operator will invest €115m through to 2017, of which €70m will be dedicated to the new terminal.

The new terminal will more than double the size of the existing facility to 31,200m2.

This will allow the terminal to handle 1,700 passengers per hour, including 850 departing passengers and 850 arrivals.

The existing terminal will be renovated and linked to the new terminal by a connecting walkway that will feature eight boarding bridges.

The new facility will have 40 check-in counters and three luggage carousels.

The airport operator also plans to build a small logistics centre in 2013 and a cargo terminal in 2015.

The expansion will expand the airport’s passenger handling capacity to 2.2 million per year and its aircraft movements to 57,000.

Construction work will begin in 2012.