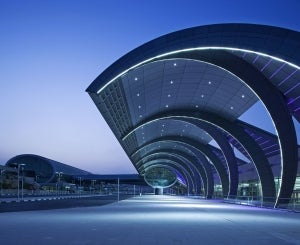 The increase in cargo volume was attributed to the enhanced links between the Emirate’s air freight operations and sea ports.

Dubai Airports CEO Paul Griffiths said: "Although the airport is in its infancy, incremental cargo traffic growth has been steady and continues to ramp up as new operations are launched."

According to the airport operator, the Dubai World Central Airport had handled 89,729 tonnes of air freight the previous year during its first full calendar year of operations.

During 2011, Dubai World Central handled 7,477 tonnes of cargo per month when compared to 795 tonnes per month during the airport’s first half year of operations in 2010 and 36 airlines in the airport were cargo charter operations.

"By 2015, cargo volumes will top three million tonnes exceeding the current capacity of Dubai International. We expect a good proportion of that growth to spill over to Dubai World Central," Griffiths said.

"As for passenger operations, Dubai International will continue to serve as the primary focus of expansion and we will be investing $7.8bn to boost capacity to 90 million passengers by 2018."

Dubai International airport served 51 million passengers in 2011when compared to 47.2 million in 2010 and the commercial passenger operations at the new passenger terminal is expected to begin by 2013.