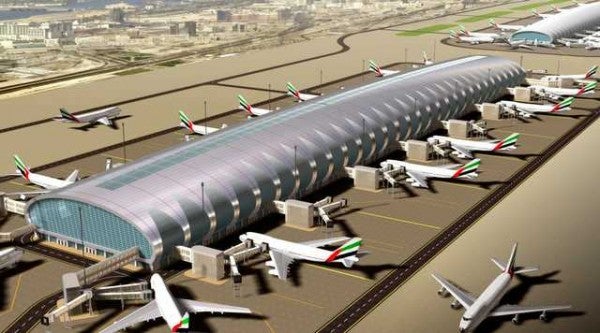 The airport has reported 7.7% increase in passenger traffic during first ten months to 41,855,561 compared to corresponding period in 2010.

The Gulf Cooperation Council countries recorded the largest increase in passenger traffic in October by 154,893, followed by the Indian subcontinent which rose by 79,657 while passenger traffic from Western Europe rose by 40,469.

"In October, Dubai International achieved yet another milestone by passing the 50 million passenger mark over a 12 month period for the first time," Griffiths said.

Dubai International Airport however has reported 2.5% drop in freight during the month to 197,841 tonnes compared to 202,984 tonnes it reported during same month last year.

Middle Eastern routes reported drop in passenger traffic by 25,141 in October 2011 due to ongoing political unrest in some markets.

Earlier this month the Dubai International Airports had announced a plan to invest $7.8bn in airport and airspace expansion programme which is expected to boost its capacity from 60 million to 90 million passengers per year by 2018.

Under its SP2020 plan the airport forecasts international passenger and cargo traffic will increase at an average annual growth rate of 7.2% and 6.7% respectively.