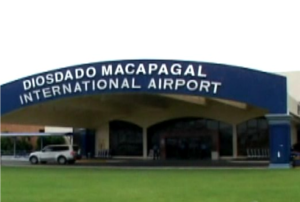 "This is an accomplishment for the DMIA as it is the first time that a tremendous increase in international passenger volume was achieved," said Victor Jose Luciano, president of Clark International Airport Corporation. "This only shows that Clark airport is being recognised around the world."

In December 2011, the airport’s international passenger traffic rose by 36% to 80,802, compared with 59,045 during the same month in 2010. The rise was attributed to the increase in Christmas travellers, particularly overseas Filipino workers coming home for the holidays. The airport has so far handled over 3.5 million international passengers since 2003, and by the end of 2012 it expects to handle over five million passengers once Air Asia Philippines starts operating.

DMIA’s passenger terminal is capable of handling 2.5 million passengers per year. The airport is to build a new budget terminal, estimated at $272.7m, to handle the increase in passenger traffic.

"The budget terminal is the only solution to accommodate the five million annual passengers that we expect from the slated operations of the Air Asia hub at Clark," Luciano said. "The proposed budget terminal will be similar to Malaysia’s Kuala Lumpur International Airport."