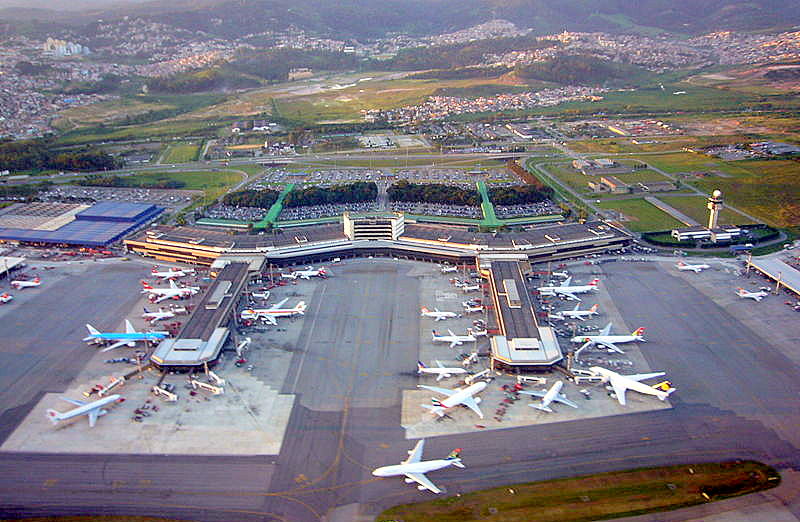 The Brazilian Government has raised BRL24.5bn ($14bn) by awarding concessions to operate the country’s Guarulhos, Viracopos and Brasília airports in a bid to speed up investments in the run up to the 2014 World Cup and 2016 Olympic Games.

A consortium led by Brazilian companies Invepar and OAS and South African airport operator ACSA has won the contract to overhaul Sao Paulo’s Guarulhos International Airport with a bid of BRL16.2bn ($9.39bn) which is five times the minimum value set by the government.

Invepar CEO Gustavo Rocha said: "We are very confident about the bid we made."

"The bid was made based on months of studies and modeling. We didn’t make the bid just to scare off other bidders," Rocha said.

The Brasília airport concession has been awarded to a consortium, comprising of Brazil’s Grupo Engevix and Argentina’s Corporación America, led by Inframérica group for BNR4.5bn ($2.6bn).

The consortia will build and operate the new terminals at the three airports along with Infraero which is the state agency that currently runs the airports and will maintain a 49% stake in each airport.

Three airports have been offered in a concession deal 30% of Brazil’s air passenger traffic and 57% of air cargo.

Infraero head Gustavo do Vale said that the state-run company, which had a monopoly over airports in Brazil until the auction, would not interfere with the running of the airports, adding that it would only retain 49% control for dividend reasons. "These three operators can run their airports however they want, using the experience they have gained elsewhere," do Vale said.

The Brazilian Government is expected to fund the airports through the national development bank, or BNDES.

The other bidders who had also offered bids included OHL Brasil, in partnership with Spanish airport operator Aena, and Brazilian toll road operators CCR and EcoRodovias.