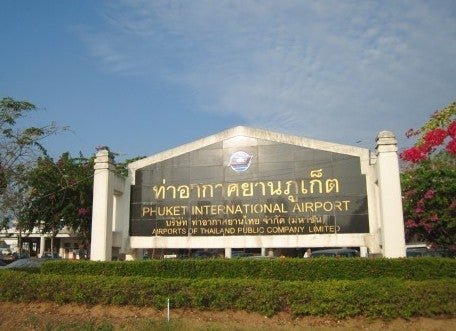 Construction of the new terminal at Phuket International Airport in Thailand will not be completed before 2015 under the airport’s planned expansion, according to the airport’s chief.

Airports of Thailand vice-president Prathuang Sornkhom told Phuketwan that the airport’s design would not be finalised until the middle of this year.

The terminal expansion is to be carried out under a THB5.7bn ($180m) project, which would enable the airport to receive 12.5 million visitors a year by 2014.

Thailand’s deputy transport minister Kittisakdi Hathasongkorh said that the runway will be lengthened by 700m to allow the new generation of ‘superjumbos’ – the Airbus A380 and Boeing 747-8 – to fly to the island from Europe.

"In order to meet demand for larger arrival numbers projected over coming years, passenger-terminal capacity will also need to be expanded," said Hathasongkorh.

The Thai Government and Airports of Thailand approved the runway extension plan in May 2008, although there were some complexities involved because it is bounded at one end by the sea and at the other by jungle-covered hills.

Sornkhom is not confident that the completion of the new international terminal and runway extension in March 2015 would be able to cater to the needs of the airport for very long.

According to Airports of Thailand managing director Anirut Thanombutr, the newly expanded terminal will reach its maximum passenger handling capacity by 2018.

The airport handles around eight million passengers a year, which is 1.5 million more than the facility’s maximum capacity.

Caption: Phuket’s terminal expansion will be carried out under a $180m project, which will enable the airport to handle 12.5 million visitors a year. Credit: Phuket International Airport