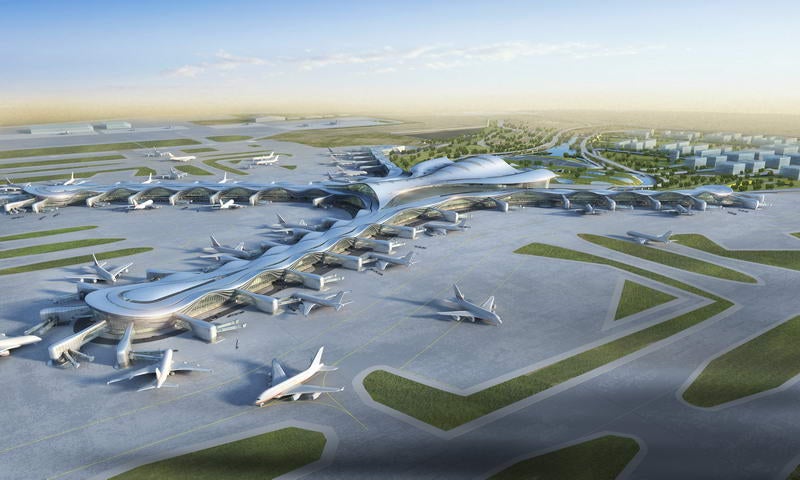 The Abu Dhabi Government has approved the construction of the new Midfield Terminal Complex (MTC) at Abu Dhabi International Airport (ADIA), UAE, which will serve as a primary gateway for airlines operating to Abu Dhabi and the home of Etihad Airways.

The construction of the midfield terminal building is part of the $6.8bn redevelopment at ADIA and is anticipated to go live in the first half of 2017.

Abu Dhabi Airports Company (ADAC) chairman Khalifa Mazrouei said: "The approval of the Executive Council on the capacity expansion programme for Abu Dhabi International Airport confirms Abu Dhabi’s commitment to deliver a world class airport for the emirate that will be on a par with the best international airports in the world."

"This development represents one of the largest investments by the Government to deliver the needed infrastructure, in line with Abu Dhabi Plan 2030, that will cater to the growth of the aviation sector in the region and confirms Abu Dhabi’s strong position in the global air transportation network," Mazrouei said.

"ADAC looks forward to appointing the Midfield Terminal Building contractors and creating this key infrastructure asset for the Emirate of Abu Dhabi."

ADAC is planning additional capacity enhancements in the existing terminals to handle high passenger traffic prior to the opening of the MTC, which will include the development of a passenger arrival hall, bus gates, security screening facilities and additional A380 capable gates and stands.

The plans also include development of East Midfield with a new 200 ha support area that would comprise services for cargo handling, in-flight catering, ground handling and other ancillary facilities.

Image: The construction of the new 700,000m² terminal building is planned to begin during the second quarter of 2012 and will initially handle 27-30 million passengers per year. Photo: ADAC.