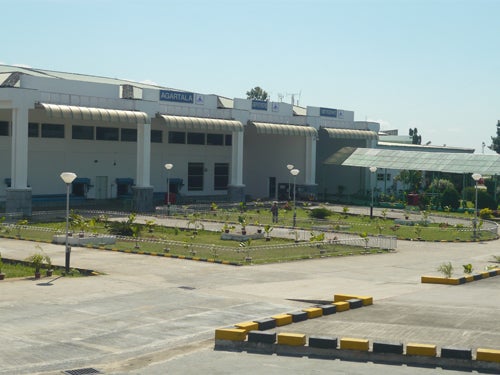 The Airports Authority of India (AAI) is planning to deploy a radar-based Automatic Dependent Surveillance-Broadcast (ADS-B) system at 14 airports to enhance air control across the country.

The new economical ADS-B system has three components which include an ADS-B transponder in the aircraft, an antenna to receive frequency from the aircraft transponder and a receiver at air traffic control (ATC).

"The new system is likely to be commissioned in six to seven of a total of 14 airports across India by the middle of this year and in the remaining airports by this year-end," added Maiti.

"The new technology enables ATCs at airports to get complete situational awareness of ADS-B compatible aircraft, which could even be 300 miles away."

The new ADS-B system is also expected to cover much wider areas than the existing surveillance system.

"The existing air surveillance system has certain limitations when it comes to airspace management," said Maiti.

"Voice communication between the flights and the ATCs would be more easy and transparent with the new ADS-B system."

The AAI official reported that Rs4 crore ($0.8m) would be spent at each of the airports to install the new system.

AAI is also modernising the Agartala Airport, India, to secure an international status in an initiative to enhance the connectivity of the northeastern region with Southeast Asian countries.