Aircraft leasing in the aviation industry is facing a new setback in its post-pandemic recovery due to regional tensions caused by Russia’s invasion of Ukraine.

According to reports written by rating agency KBRA, the impact of this development will be global due to the role of aircraft lessors who lease aircraft to airlines internationally which includes Russia, Ukraine, and its neighbouring countries.

It has been suggested that the EU sanctions announced on 27 February require European leasing companies to terminate their financial links to Russia within 30 days. Those who lease aircraft to Russian operators must repossess their owned aircraft, which is a task made increasingly difficult by airspace restrictions and legal procedures.

KBRA states these factors as being credit negative for the aviation industry, an ordeal that will be made worse by rising fuel prices. 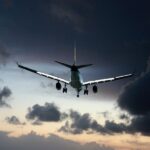 In a call to journalists today, Carsten Spohr, CEO of German operator Lufthansa , said that routing flights to avoid Russian air space will increase costs for the German flagship carrier by over €1m per month.

“Some long-haul planes are now up to 15 hours in the air to reach countries like China, Japan, South Korea,” said Spohr

Data and aviation analytics company Cirium suggests there are around 600 flights each day that depart from or arrive in Europe that previously flew through Russia’s airspace. However, airlines such as Air France , KLM, Lufthansa , Finnair, and Virgin Atlantic have all suspended passenger and cargo routes.

The sanctions extending to Russian financial institutions are a constraint that Russian operators will contend with in order to make near-term payments for aircraft leasing.

Seven Russian banks are also excluded from the global financing messaging system SWIFT, which is used for international transactions. The EU Council Regulation 2022/345 of 1 March 2022 requires SWIFT to disconnect seven designated Russian entities and their designated Russia based subsidiaries from the SWIFT network on 12 March 2022.

In addition, KBRA analysed the exposure of the largest leasing firms to the area of conflict. Lessors such as SMBC Aviation Capital and CDB Aviation have the largest exposure but also have strong credit metrics and liquidity to lessen the impact on their earnings.

KBRA include Belarus as an area of conflict in their ratings, as the EU is wary of the country’s support of Russia and may extend sanctions there.

Elsewhere, the UK has passed a regulation that will prohibit all vessels with any connection to Russia from entering its ports. The ban covers any ships owned or operated by anyone connected to Russia. The US is widely reported to also be considering restricting Russian-flagged ships from entering its ports as punitive action for Russia’s invasion of Ukraine.