Benefitting from the easing of travel restrictions, Dubai International Airport (DXB) in the UAE has reported a passenger footfall of 6.7 million over the third quarter, accompanied by steady growth in flight movements and cargo volume.

The airport’s passenger traffic was 20.7 million so far this year until October, increasing nearly 20% in the last four weeks. 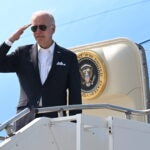 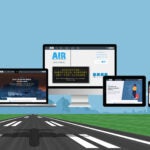 In terms of traffic, the top three cities are Cairo, Istanbul and Addis Ababa.

In addition, DXB is anticipating an increase in passenger traffic during the last quarter of this year.

The airport has now raised its passenger volume forecast for this year by a further two million to 28.7 million.

Dubai Airports CEO Paul Griffiths said: “Significant market developments such as the UK’s vaccination-based travel programme, the resumption of flights to several important destinations in Australasia and the relaxation of restrictions for travel between India and the US have all contributed to an upward revision in our forecast for the year by an additional two million passengers to 28.7 million.”

To manage the strong passenger demand, the airport will reopen Concourse A before the end of this month.

Following 20 months of restricted operations, this move will raise the airport’s handling capacity to 100%.

Compared to pre-pandemic levels, DXB is serving 83% of the destinations in 99% of the nations on 108% of the airlines as of now.