The Fraport Group and TAV Airports joint venture (JV) has extended its contract to manage Turkey’s Antalya International Airport by two years, up to the end of 2026, through an agreement with the Turkish Government.

This agreement will allow the Fraport TAV Antalya JV to relaunch Antalya Airport on a stable course, which will sustain continuity.

Fraport has been handling and developing Antalya Airport (AYT) for more than two decades.

The company claimed that it has boosted the passenger experience and introduced more airlines and routes at the airport. 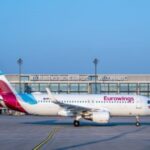 Fraport stated that AYT has turned into an international gateway to Turkey’s largest and most important tourism region.

The company noted that the airport handled nearly 35.5 million passengers in 2019, reaching an all-time record of passenger traffic.

In 2020, Antalya’s traffic plummeted by nearly 73% year-on-year to about 9.7 million due to the impact of the global pandemic.

In addition, Turkey’s top airports are on the lookout for government support after experiencing losses amidst the coronavirus crisis.

However, ACI EUROPE recently reported that airports within the European Union endured greater impact than those outside the bloc, primarily due to the size and relative resilience of domestic markets in Turkey and Russia, along with fewer travel and lockdown restrictions.

In the last quarter of 2020, Istanbul had turned into the busiest European airport, followed by Istanbul-Sabiha Gocken and Moscow-Sheremetyevo.