The use of drones in prohibited areas around airports result in mass disruption, safety concerns and cancelled flights. One of the most famed examples took place in 2018 where Gatwick Airport was forced to cancel hundreds of flights between 19-21 December following reports of drone sightings in the prohibited areas close to the runway.

140,000 passengers and 1,000 flights were affected which saw the incident being the biggest disruption the airport had faced since 2010 – when it was forced to close due to volcanic dust clouds emanating from eruptions in Iceland.

In hopes of preventing drone incidents occurring again, MIA has been selected by US Transportation Security Administration (TSA) to be a test site for drone detection technology. With over 10 million passengers passing through MIA this year alone, the damage a drone incident could cause to an airport such as this would be highly detrimental to airport operation.

The new technology onsite uses detect, track, and identify equipment (DTI) which allows drones to be detected which are unauthorized to enter restricted airspace. The equipment also works parallel to the airports ‘perimeter protection pilot’ programme which is currently being tested, which alongside the DTI technology aims to protect the airport from aerial intrusion.

The perimeter protection pilot system includes 360-degree cameras, thermal sensors and infrared illuminators, with the DTI equipment allowing those at MIA to gather information regarding the height, altitude, direction, operator speed and type of unidentified craft. The information gathered by the DTI equipment will be available for airport authorities to access with the hope that technology such as this will be able to be further developed to benefit and protect airports across the US. 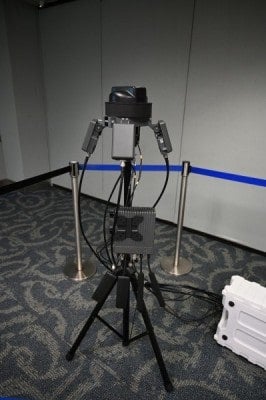 According to those working on the equipment the DTI will ensure the focus is on non-compliant drone operations, criminal operations, and careless operations with the goal of preventing such operators entering the MIA airspace.

“Unmanned aircraft systems (UAS) threat to airports has increased exponentially over the last several years, which is why it is vital we begin assessing the effectiveness of UAS DTI technologies in live airport environments.”

Speaking on the new technology Captain Jim Bamberger, branch chief, TSA, discussed why he feels this technology has not been included within airport environments sooner: “Unmanned aircraft systems (UAS) threat to airports has increased exponentially over the last several years, which is why it is vital we begin assessing the effectiveness of UAS DTI technologies in live airport environments.”

“Before testing and evaluating UAS DTI technology in an operational airport environment, it is imperative that the equipment meets safety and security requirements approved by technical experts at Department of Defence, Department of Homeland Security, and the Federal Aviation Administration.”

During the testing period the technology will be updated with new systems and technology every two to three months to ensure the latest, up to date equipment is being used as well as developing on the existing system which is in place.

Bamberger says: “Since the test beds will be ongoing, various technologies will be tested that may use radar, artificial intelligence, thermal imaging, and other capabilities to detect, track, and identify UAS.”

At present the technology can identify the area in which the drone is being operated from, track the path it is taking, and identify the drone type which has entered the unauthorised area. The technology is currently unable to take down the drone entering the unauthorised area. However, in the future TSA hopes that once testing has been finalised at MIA, and confidence surrounding the testing is assured, developments can then be carried out within this area.

Speaking about the future development and testing of the technology Lester Sola, MIA director and CEO, commented in a press release: “We are extremely proud to be chosen by TSA for this landmark test of drone detection technology, which will reap unprecedented security benefits for MIA and our sister airports across the country.”

“We look forward to bolstering our strong partnership with TSA through this new initiative, as we continue to advance our shared priority of enhancing the safety and security of our passengers, employees, and business partners.”

“We look forward to bolstering our strong partnership with TSA through this new initiative, as we continue to advance our shared priority of enhancing the safety and security of our passengers, employees, and business partners.”