MedAire, which has been providing ground-based medical advisory services to many airlines and the aviation industry since 1985, has launched a new in-flight app to support crew acting as first responders in medical situations on board aircraft.

The app helps crew to identify medical problems, vital signs and symptoms, which are then shared to the land-based MedAire team responsible for supporting medical problems and emergencies on board the aircraft.

Over a 20-month period, a study published in the Annals of Emergency Medicine journal identified that out of the almost 80,000 medical events occurring on board during the period from 1 January 2015 to 31 October 2016, in-flight care for approximately 90% of the cases was provided by crew members.

MedAire’s medical support service has three centres in different countries, each of which includes critical care nurses and practising doctors. The flagship site is in Phoenix, US; there is also one in Beijing for native Mandarin speakers, and a centre in Frankfurt for native German-speaking clients.

A vision becomes a reality 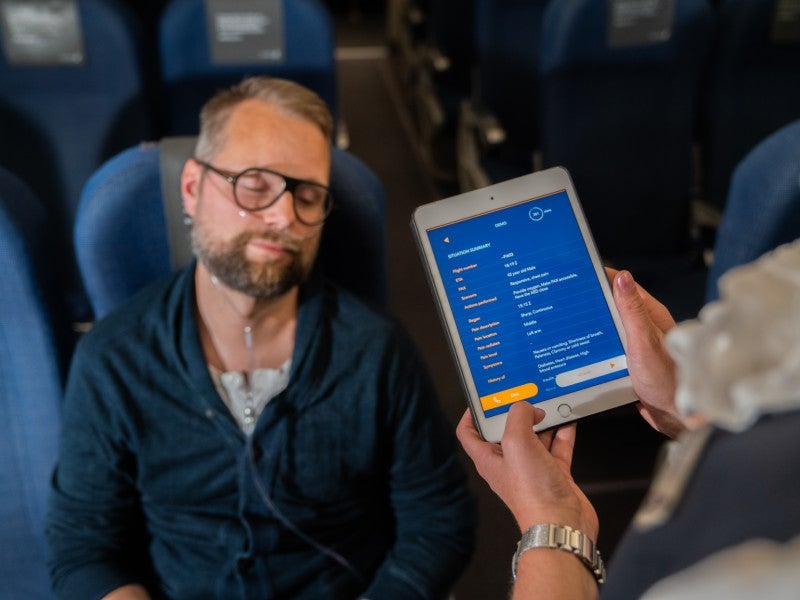 MedAire has developed this app to support communication between air crew and its medical team on the ground. Credit: MedAire.

Having dealt with more than 300,000 in-flight medical scenarios – including cardiac arrests, seizures, suspected infectious disease, stroke and shortness of breath – MedAire has developed this app to support communication between air crew and its medical team on the ground.

“Much like how the International Civil Aviation Organization’s (ICAO) English is critical for aviation safety purposes, the scenario-based questions allow for both the crew and the medical team on the ground to ‘speak the same language’,” says MedAire global medical director Dr Paulo Alves.

While the idea for the app has been part of MedAire’s vision for a long time, it wasn’t until Wi-Fi started to become more common in aircraft – along with several other technological developments – that MedAire was in a good position to start making their vision a reality.

“The scenarios and assessment questions were built based on MedAire’s in-flight medical expertise and 30 years in the industry.”

“We partnered with an app development firm to build the platform,” says Alves. “The scenarios and assessment questions were built based on MedAire’s in-flight medical expertise and 30 years in the industry,” he continues. “The app was then developed fairly quickly and beta testing among airlines started within the year from the green light for the project.”

Once a beta version of the app was ready for testing, many regional and global airlines took part in the testing, including Icelandair, Virgin Australia, Finnair and WestJet.

“Testing duration and rollout across the fleet varies by airline,” says Alves. “Icelandair was the first airline to go live with the app on its flights,” 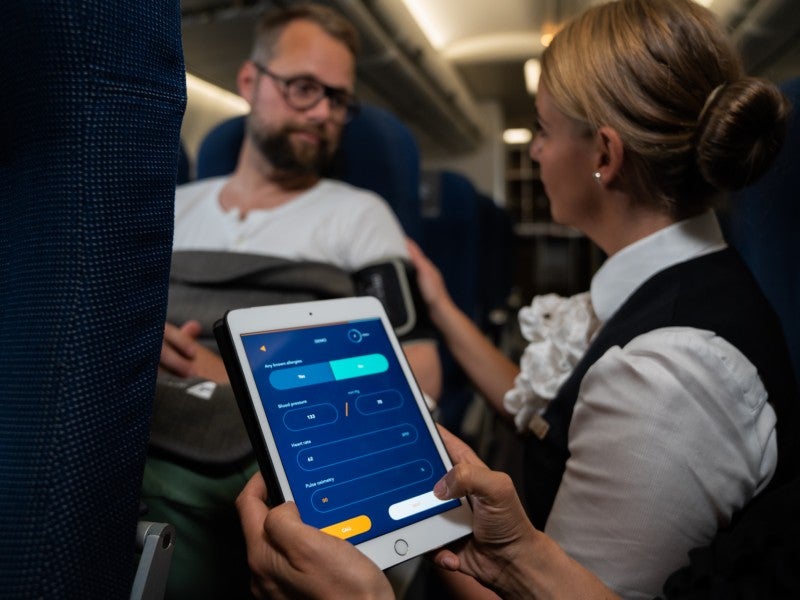 Icelandair crew were impressed by the simplicity of the app. Credit: MedAire.

The number of passengers travelling with Icelandair in 2019 was 4.7 million passengers, a 25% increase compared to 2018. More passengers mean potentially more medical occurrences on board and so the airline was keen to explore ways in which these events could be dealt with as efficiently as possible. Icelandair health manager for cabin operations Jóna Björg Jónsdóttir, says that the Icelandair crew were impressed by the simplicity of the app.

“Above all, they felt extremely confident knowing that support and professional guidance on how to handle medical emergencies was just a tap away,” says Jónsdóttir. “It also simplifies the paperwork and information gathering so the crews can focus on the passenger’s wellbeing and handle medically concerning situations more quickly.”

“[The app] simplifies the paperwork and information gathering so the crews can focus on the passenger’s wellbeing.”

According to MedAire, airlines should expect the app to add the following value to the existing MedAire service: intuitive and guided patient assessment instructions, enhanced passenger and crew confidence when responding to in-flight medical situations, and improved communications, as the handheld device connects directly with MedAire’s ground-based team of doctors.

Currently, the app is available on iOS for iPhone and iPad in English and Spanish, but Alves confirms that more languages are planned for the future versions. For direct calls, while MedAire can support first responders in 99 languages, usually they are carried out in English.

“If Wi-Fi is available, the crew can transmit the data directly to the MedAire medical team,” says Alves. “Crew can also call MedLink directly from the app using voice over internet protocol, based on airline protocols. The length of a call will vary depending on the severity of the case and the airline’s procedures.

“If Wi-Fi is not available,” he adds, “the airline can contact MedAire’s MedLink via their standard protocols and share the case summary details.”

Dealing with cases of coronavirus on aircraft 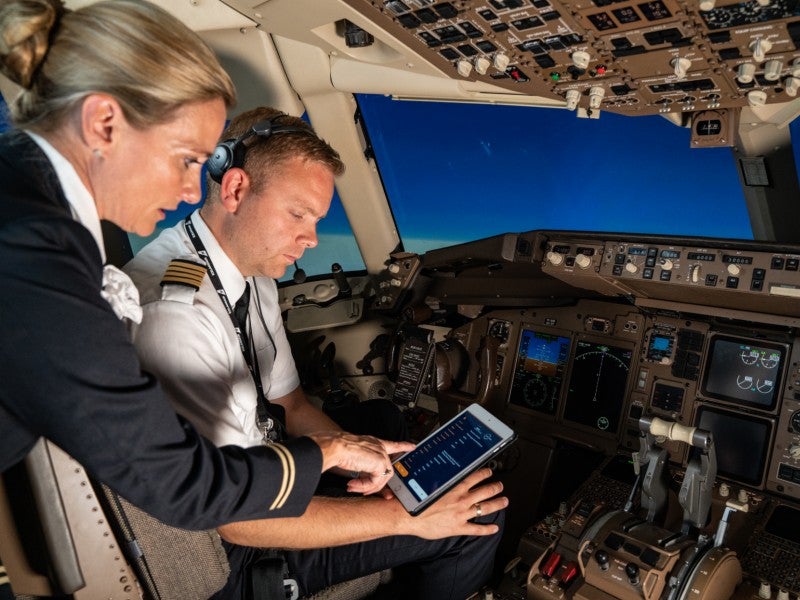 Analysing the symptoms of the passenger. Credit: MedAire.

If an infectious disease is suspected, Alves confirms that airlines must report to air traffic control, in line with current legislation from ICAO – specifically, ICAO Annex 9, Chapter 8 and paragraph 8.15, which also outlines potential symptoms – and World Health Organisation international health regulations, as per Article 28(4).

“The infectious disease scenario is based on the definition of a communicable disease as outlined by IATA’s guidelines for cabin crew when responding to a suspected communicable disease,” says Alves. “Official diagnosis can only occur with a test. The goal of the infectious disease scenario is to identify potential cases so that the crew can enact practices to mitigate the spread of disease.”

“Should the situation escalate, we may recommend a diversion to the nearest appropriate medical facility.”

As with all other medical events, a true diagnosis cannot be made on board, as the goal is to deal with the medical situation in the most effective way possible. “The MedAire Medical Team provides recommendations based on the presenting information,” explains Alves. “Should the situation escalate – or the symptoms align with more serious events that require immediate emergency medical attention – we may recommend a diversion to the nearest appropriate medical facility.”

The MedAire team has already seen positive results based on the app’s effective design. Alves confirms: “The app is already contributing to shortening the communication airtime by streamlining the relevant pieces of information needed to make such a risk assessment.”

US election: how has Trump impacted aviation?

US election: how has Trump impacted aviation?