When it comes to concerns such as depression, suicidal tendencies and other similar mental health struggles, a culture of stigma often prevents sufferers from coming forward, voicing their distress and seeking the necessary support.

Clinical depression is particularly prevalent in people working in high-stress occupations, such as the military, emergency medical services and the police force – or as commercial pilots.

The study is the first to describe airline pilot mental health – with a focus on depression and suicidal thoughts – outside of the information derived from aircraft accident investigations, regulated health examinations, or identifiable self-reports.

After surveying almost 1,850 anonymously reporting airline pilots on their mental health, it found that 12.6% of them met the depression threshold, while a further 4.1% reported having suicidal thoughts.

Globally, depression is a common mental disorder that affects more than 300 million people, according to the World Health Organization (WHO).

The Anxiety and Depression Association of America (ADAA) states that in the US, 6.7% of the US adult population will be affected by clinical depression, making it one of the leading causes of disability for those between the ages of 15 and 45.

Germanwings crash: a tragic wake-up call for the industry

This sensitive issue was brought to the forefront of the aviation industry, and indeed the whole world, in the aftermath of the tragic Germanwings crash almost two years ago.

On 24 March 2015, Germanwings flight 9525 was deliberately crashed into the French Alps by co-pilot Andreas Lubitz, killing all 150 passengers on board. Investigations into the incident revealed that Lubitz was suffering from depression and had previously been treated for suicidal tendencies and declared unfit for work.

Although the tragedy sparked urgent action from aviation authorities across the world regarding safety regulations, the delicate issue of pilots’ mental health continues to be veiled in stigma. Despite recent efforts from the authorities, barriers to the full disclosure of mental health problems remain entrenched in the industry, while a robust support network is still absent. 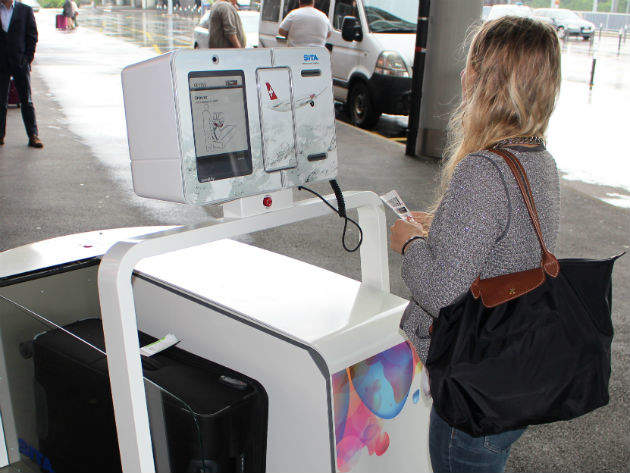 “Our goal was to provide information on the prevalence of mental health issues in pilots around the world to assist those groups that are working on identifying ways to improve the current system,” says Joseph Allen, assistant professor at Harvard’s Department of Environmental Health and senior author of the study.

“We should be seen as a first screening to identify what the extent is of pilots who suffer from mental health issues.”

Lifting the veil on mental health

Harvard’s research into aviation health and the airplane cabin environment stretches back to over 10 years ago, when the university’s environmental health department was listed as a centre of excellence by the US Federal Aviation Administration (FAA).

“We have done many studies on air quality and noise in airplanes; we’ve looked at passenger comfort and flight attendant health,” Allen says. “But up until now we haven’t really been able to ‘get into the cockpit’, so to speak, and look at environmental factors and health related to the pilots.”

The cross-sectional study was based on an anonymous web-based survey organised between April and December 2015, and a total of 3,500 pilots took part in the general health questionnaire. The questions were formulated in such a way that a focus on mental health was not obvious.

“We need to do more to remove the stigma surrounding mental illness.”

Out of the 1,850 respondents who gave answers relating to their mental state, 233 met the criteria for likely depression and 75 reported having suicidal thoughts within the previous two weeks.

A greater proportion of male pilots than female pilots reported that they had experiences “nearly every day” of loss of interest, feeling like a failure, trouble concentrating, and thinking they would be better off dead. The study also found that depression was more likely among pilots who used higher levels of sleep aid medication and those who were experiencing sexual or verbal harassment.

“It’s really important to note that flying is the safest form of transportation and thinking of the Germanwings crash specifically, that pilot was not just suicidal, he was homicidal,” Allen says. “And that is a critical distinction.

“We recognised the reluctance of pilots to participate in research studies due to the fact that it can interfere with their occupation. There’s a stigma around mental health and this is for pilots and everybody else.

“Studying mental health in pilots raises that additional and understandable concern that by participating in the study, they could be declared not fit to fly, or somehow this information could be released and could adversely impact their employment,” he adds.

Pervasive stigma in the industry

In the US, the FAA sets requirements for aeromedical examiners to evaluate the fitness of pilots.

While each pilot is subject to a general health evaluation once or twice a year, depending on their age, mental health disorders can only be recorded through self-disclosure to an aviation medical examiner (AME) during one of these meetings.

The FAA specifies that “certain medical conditions such as a psychosis, bipolar disorder and severe personality disorder automatically disqualify a pilot and prohibit them from flying.”

Official guidelines encourage the examiner to pick up on cues such as the appearance, behaviour, mood and communication skills of the pilot during their general health exam.

“Most people would be surprised to know that the way pilot mental health is assessed in the US and other parts of the world too, is done through self-disclosure through their annual check-up,” Allen says.

“Self-reporting can be OK if – and this is critical – it is safe, confidential and non-stigmatised. So there again are obvious barriers to pilots fully disclosing they have a mental health issue if they are concerned that by self-reporting, it would impact their career.”

Addressing recommendations from an Aviation Rulemaking Committee (ARC) in June 2015, FAA administrator Michael Huerta acknowledged these challenges, saying: “We need to do more to remove the stigma surrounding mental illness in the aviation industry so pilots are more likely to self-report, get treated, and return to work.”

Efforts to create a new web of support

Some of the recommendations ARC released in its 2015 report included enhanced AME training, with a particular focus on mental health concerns; developing pilot assistance programmes and education programmes in collaboration with air carriers; and raising awareness among pilots about available support groups.

In Europe, authorities have also been looking at ways to strengthen pilot screening and improve the assessment of pilots’ mental health since the Germanwings crash. This year, the European Commission is expected to propose legislation that will require airlines to run checks on mental health and ensure those struggling have support programmes to fall back on.

“I think it’s incumbent on everyone involved in aviation safety to address the issue of mental health of pilots,” Allen says. “This includes the regulators, it includes the airlines, the pilots and the aviation medical examiners.

“I’m encouraged by what I see as efforts by all of those groups to ask tough questions about how we’re currently managing or assessing mental health in pilots and working to come up with solutions for enhanced training, enhanced pilot support programmes.

“I want to be clear that flying is the safest form of transportation,” he adds. “I think what we are seeing here is that there’s an opportunity to do better in terms of pilot mental health.”